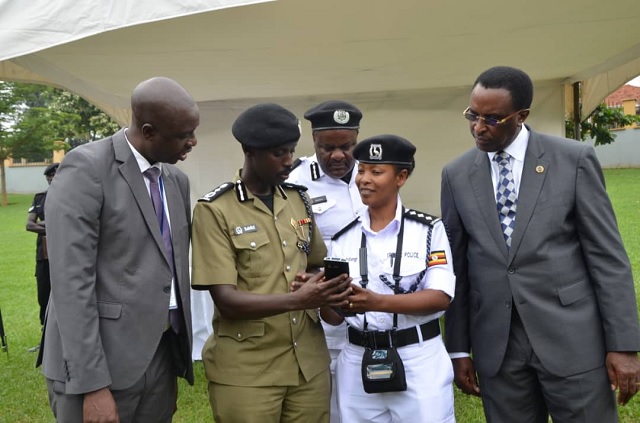 The Uganda Traffic Police have today morning launched an Express Penalty System(EPS) which will help to curb traffic offences caused by reckless drivers that later lead to accidents.

The Director of Traffic Uganda Police force said the Express penalty will help reduce the number of drivers who dodge paying penalties.

Kasiima said that “Some drivers have unpaid penalties worth Shs 5Million, which will no longer be the case because the automated system tracks vehicle location, making it easy for police to impound it if the offender refuses to pay.” He added that “The system has functions, which include identifying the offender, tracking vehicles with pending penalties, reading vehicle number plates and driving permit details and outstanding penalties as well as a payment system.”

Kasiima noted that more than 1400 traffic officers have been trained on using EPS system and their details incorporated.  Traffic officers shall be going for duty with a gadget that would be used to read the offence of the driver and the pending penalties

With only 50% of the traffic offenders paying their penalties, he said that the introduction of EPS will rectify the problem.

According to the new system, Vehicles without insurance will be fined Shs40,000, obscured number plates will pay Shs40,000, driving without a valid permit Shs100, 000, permitting a person not enrolled in driving school Shs100,000 and Shs200,000 for using vehicles meant for goods in a manner that endangers lives. Kasiima revealed that Police collected Shs8 billion from penalties last year a figure is set to rise when they operationalize the new system.