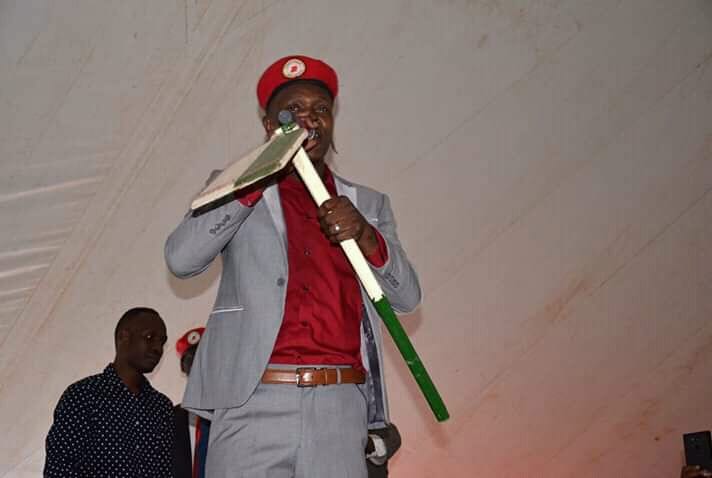 City Musician Joseph Mayanja aka Jose Chameleon has this afternoon declared that he will run for office as a People Power leaning candidate attached to the Democratic Party.

This was at a Press Conference held at the DP headquarters in Kampala.

Chameleon has said that he made his decision based on the love and support that he was accorded at the DP reunion in Jinja. He also thanked the supporters gathered for the love they accorded in his music career.

“I would like to thank my brother Bobi Wine in a special way. He rang the bell at the right time and called upon us to rise up and fight for justice…”

Chameleon has promised to walk with People Power and DP in his political journey. He says he is nolonger a coward hiding behind the “Independent” ticket but will run out-rightly as an opposition People Power leaning cnadidate in 2021.

Chameleon comes to DP and People Power just a day after the party gave reigning Kampala Lord Mayor Erias Lukwago a 30-day ultimatum to review the Kampala Property tax. This is a move that is seen as a bold step by the party to distance itself from its prodigal son Lukwago who chose to ally with Besigye.