“I was not asking for your opinion, I was ordering you” Anites tells off the Deputy Attorney General Rukutana 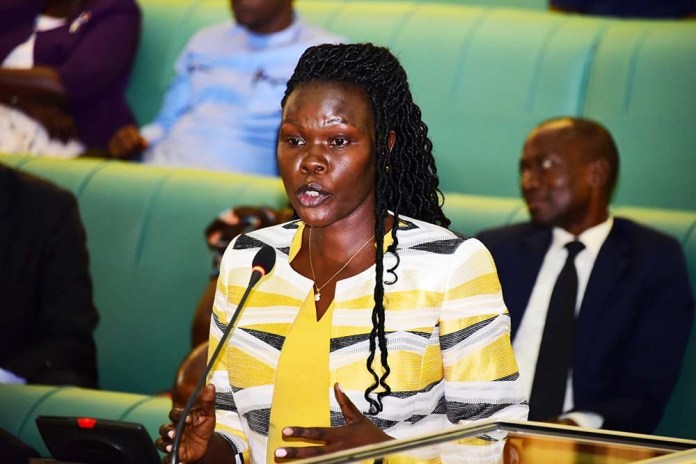 The State minister for Privatization and Investment Evelyn Anite has disregarded the legal counsel offered by the Deputy Attorney General Mwesigwa Rukutana on the provocative sacking of the UTL administrator terming it as a “litany of flawed innuendos.”

Following a communication by the Deputy Attorney General, he informed Anite that neither the executive nor the Legislature had legal authority to replace Bemanya.

He further warned the Minister to stop interfering in the administration of UTL saying her interference could obstruct potential investors and also tainting the Government’s picture.

However Rukutana’s legal counsel did not go well with Anite who decided to lash out at the Deputy Attorney General say his Opinion was uncalled for.

“I candidly instructed you as the Government Lawyer to urgently apply to court to replace the current Administrator of UTL within the context of Section 172 of the insolvency Act 2011…..”Anite wrote

She also added that a decision had been taken by Government to replace Bemanya immediately with another individual who would be indicated later but to her surprise she did not receive what she expected from the learned Attorney General.

“I received a completely offside response from the Deputy Attorney General in regards to my instruction. I will respond to Litany of fundamentally Flawed innuendos/opinions he listed separately. It is indeed suprising that your Deputy interpreted my orders as a request for opinion.” She wrote

According to Anite, the legal advice that was offered to her by the Deputy Attorney General was not in good faith and that such responses clearly confirmed to her that there is a cartel of sections in Government that want UTL liquidated so that they could strategic assets of the company to themselves.