Police Speaks Out on the Deadly Bypass Fuel Tanker Blasts 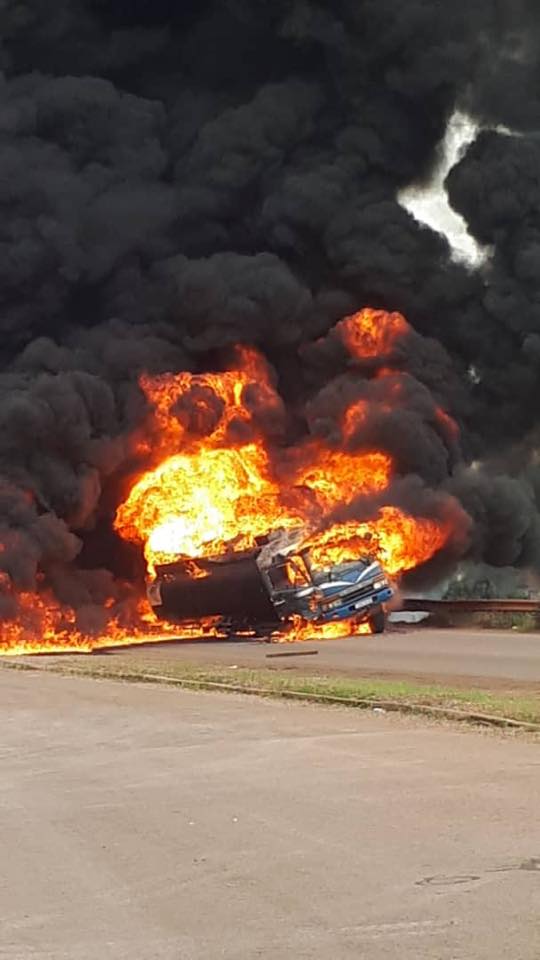 An official statement retrieved from the online page of the “Kampala Metropolitan Police” reads,

“Today at about 11am at Naalya near Bethany High school along Northern by pass in Namugongo division kira Munispality Wakiso district , Motor vehicle registration UAW 641D fuso blue carrying both petrol and diesel belonging to Don Uganda LTD and was being driven by one Mpalanyi David M/A 35 years old , resident of Nansana was allegedly knocked by an overlapping M/V Reg. No UBD 202B Legacy driven by a yet to be identified driver (On the run). The rear tyres of the fuso came off and the fuso overturned hence catching fire .

No body was injured , fire brigade visited the scene to put out the fire . The motor vehicle involved specifically the legacy has been towed away to kiira Police station and the fuso wreckage is still stuck at the scene , efforts of removing it are still underway as it needs to be care fully removed since its still containing fuel.

Investigations into the matter are still ongoing.”