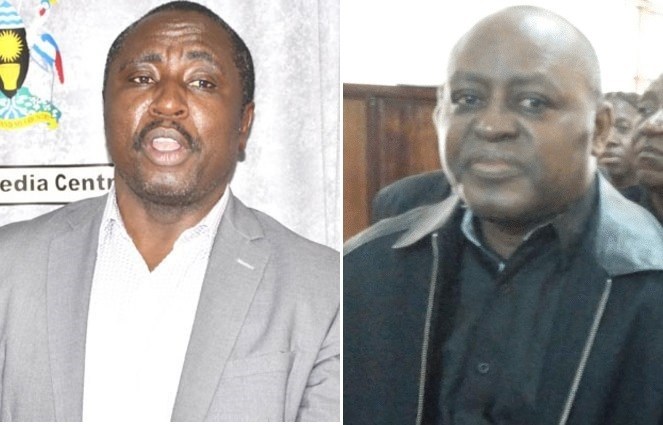 The King of Rwenzururu Kingdom, The Omusinga Charles Wesley Mumbere has suspended his brother, Christopher Kibazanga from the position of chief prince. Kibazanga also happens to be a minister in the NRM government In a letter dated 25th June that this website has seen, the Omusinga said: 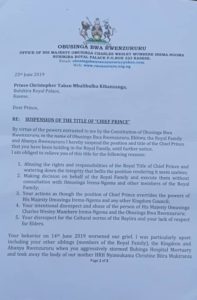 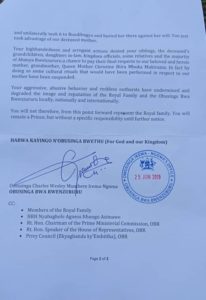 Kibazanga’s troubles stem from his actions following the death of the queen mother, HRH Nyamukama Christine Biira. Kibazanga took it upon himself to disregard all burial arrangements made by the Rwenzururu kingdom and he organised the burial of the queen mother. He changed the earlier burial place to the one of his choice, something that didnt go down well with the Kingdom leadership who responded by staying away from the burial.