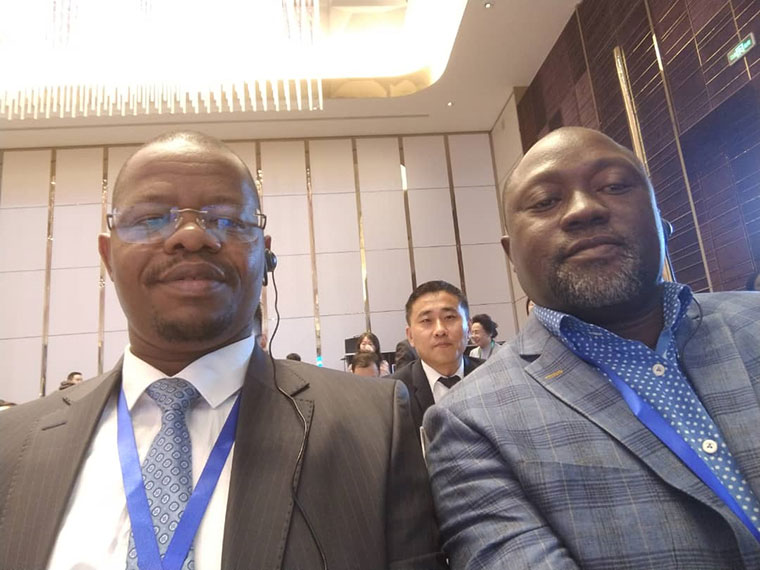 As Ugandans celebrate the Uganda Crane’s qualification to the knockout stages of the 2019 Africa Cup of Nations taking place in Egypt, Fufa President Moses Magogo and Former Sports Club Villa President Ben Misagga are at loggerheads engaging each other in a nasty dispute.

The dispute started from Misagga’s Sunday tweet that had various pictures of Magogo and his baby mama, Sally Dellah being chauffeured around in Egypt. This did not go well with Misagga and he decided to take the war to twitter accusing Magogo for ‘enjoying’ Egypt with close family instead of drumming up support for local tournaments.

“People enjoying as no FUFA delegate or DFA are drumming up the village drum tournament. I saw Kalibala on a boda-boda near Bakuli, why can’t football people enjoy instead of these creepers,” Misagga tweeted.

“I have ignored this idiot too much. I am a CAF EXCO (Confederation of African Football Executive Committee) where my family is entitled to first class hospitality at all CAF events.  Please leave my family out of your failed hate campaign. Brokenness combining with lack of education,” Magogo shot back.

The dispute between the former friends has been on for over a decade where Misagga  has on several occasions repeatedly called Magogo unfit to be the FUFA president and it’s no surprise Misagga has declared intentions to oust Magogo from FUFA House come 2021.