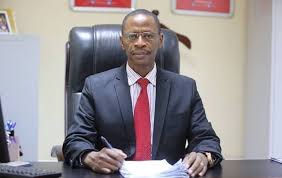 The COSASE committee of Parliament has this afternoon been shocked by the realization that the Head of the physical planning Department lacks the requisite qualifications.

They were hosting the team of KCCA in review of the report by the Auditor General into KCCA.

Mr. Moses Atwine Kanuniira holds a Bachelors Degree in Social Sciences from Makerere University and  a Diploma in Engineering from a University in Germany. These are not adequate qualifications for the position he holds in KCCA.

COSASE was further shocked to find out that Atwiine’s Deputy, a one James Ssemuwembo holds all the qualifications that would ideally make him a candidate for the top job.

Explaining how he got his job, Atwiine told COSASE that he was appointed by President Yoweri Museveni and his appointment backed up by the Public Service department.

COSASE has tasked the Criminal Investigations Department to look into this appointment.