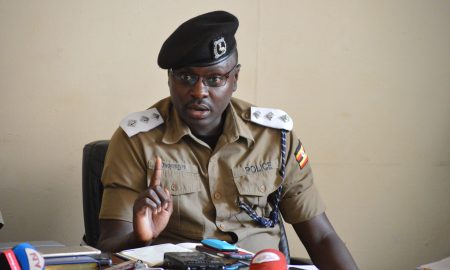 Two men have been arrested on grounds for blocking President Museveni’s convoy.

The Special Forces Command soldiers who guard the President were  forced to intervene and arrest the two yet to be identified men who were riding on Bodabodas along Entebbe road around Zzana before handing them over to Police.

According to the Kampala Metropolitan spokesperson Luke Owesigyire confirmed that investigations into the matter had started and they were trying to understand the motive behind which these two men had the courage to block a President’s convoy.