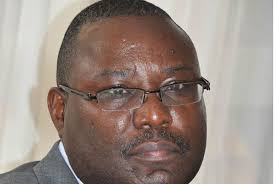 The Judiciary Permanent Secretary, Kagole Kivumbi refused to attend a meeting convened by the Public Accounts Committee-PAC of Parliament. The committee chaired by the Budadiri West MP, Nathan Nandala Mafabi had summoned Grace Akullo, the Director Criminal Investigations (CID) to take part in its proceedings with Judiciary officials following a whistleblower’s petition indicating that Shillings 34 billion could have been misappropriated.

It is reported that Kagole Kivumbi connived with other officials in the judiciary to swindle 34 billion shillings. This money raised an audit query by the Auditor General in his report.

The money according to Kagole was spent on operational court costs, mediation, Court sessions, imprest, locus visits, HIV medical allowances and Monitoring and Evaluation since these items lack direct budget lines. However, a scrutiny of a detailed document indicating how the funds were spent revealed that some of the money had been wired into individual accounts of different Judicial officers and Justices for various reasons including operational funds, payment of tuition and medical fees among others.

Kagole however refused to attend the meeting and instead sent his lawyer, Obed Mwebesa. This angered the committee members who demanded that Kagole be dragged before the Committee, saying that his behavior was in contempt of parliament. The committee decided to give him a chance to appear today, failure of which will lead to issuance of summons.