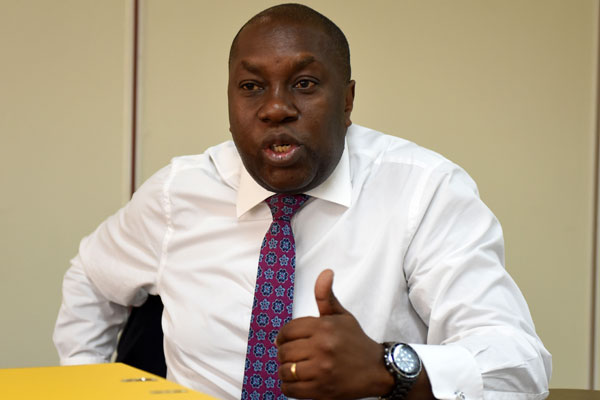 The National Lotteries and Gaming Board Chief Executive Officer Edgar Agaba has been charged with the theft of Shs600 million by the Anti- Corruption Court in Kampala. Agaba was charged on Thursday along with John Patrick Kazoora, the board’s manager in charge of Finance and Administration.

They were charged with embezzlement and causing financial loss to government contrary to the Anti –Corruption Act 2009.

According to reports ,the duo and others still at large between October 2018 and February 2019 wrote to the Ministry of Finance authorizing the payment of Shs. 352 million meant for facilitation of sensitization activities to be held at various hotels for two days yet in the actual sense, the said activities had taken only one day.

They also, between January and May 2019 sent documents to the Ministry of Finance authorizing the payment of Shs. 360 million meant for mobilization activities for boda boda riders yet it had been done for only one day.

They were arrested on Wednesday by detectives from the Criminal Investigations Division in Kibuli and the State House Anti -Corruption Unit. The move followed a whistleblower’s petition asking the unit to probe the misappropriation of over Shs700 million by the board.

They were released on bail by court.