Political analysts write off Jose Chameleone as a joker. 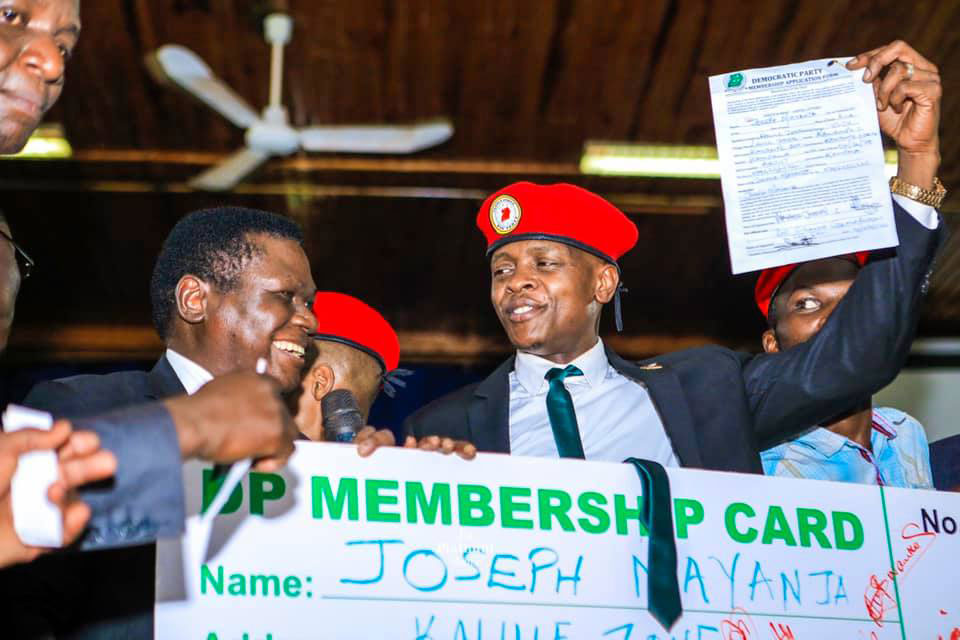 They say that old habits die hard. If they die, then the stain always haunts us for a life time.

Such is the story of celebrated musician, Jose Chameleone aka Joseph Mayanja. Chameleone was this week unveiled as a DP member and appointed National mobiliser. He also declared that he will contest for the Lord Mayoral seat on the DP ticket.

Now, political observers have written him off, saying he is only pulling his usual stunts. NRM deputy spokesperson Rogers Mulindwa said that Chameleone has never been in NRM so he cant have crossed from NRM. He also said that the man is just like his stage name, he changes colours as and when he wants. He added that people shouldnt get shocked when he crossed to FDC, then UPC.

DP vice president Betty Nambooze scoffed at Chameleone’s entrance into DP. She called it a sham and reminded people of when Chameleone changed to Islam from the Catholic church only to cross back to the Catholic church and declare that he had been misled. She also said that his appointment as a national mobiliser is a joke since he doesn’t fulfill the conditions of holding that position.

FDC spokesperson, Ibrahim Ssemujju Nganda laughed off Chameleone’s unveiling stopping short of calling it a joke that was on DP president Nobert Mao. Presidential adviser John Naggenda also laughed at Mao saying that he is trying to use Chameleone with the hope that he delivers the same results that fellow musician Bobi Wine has delivered for People Power.

For now, we keep our fingers crossed as we wait to see whether Chameleone is indeed a chameleon or he will this time stay true to his word.