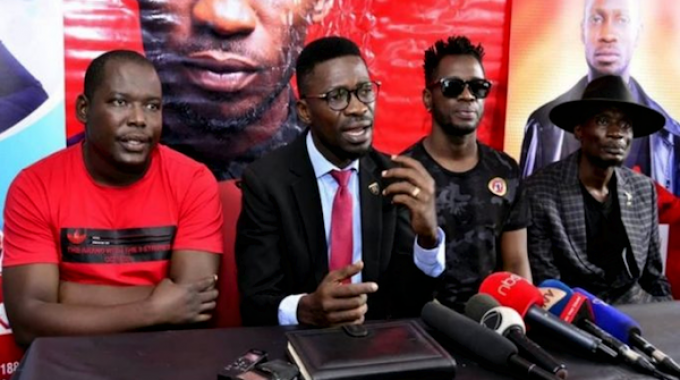 The Africa Report, a magazine for African politics, business & culture, has released its 2019 list of 100 most influential Africans.

Famously known for Rallying the youth of Kampala with his ‘People Power’ message, the singer turned Politician commonly identified as Bobi Wine has quickly become the most serious threat other than the ravages of time on the regime of Uganda’s President Yoweri Museveni.

He has yet to show that he can rattle the government’s foundations or if he will be able to transform his popularity into a long-term political force.

“All dictators must always remember that they can fool people so many times but they cannot fool all the people all the time. When People Power is bringing down despotic Field Marshals, then despotic Generals should be put on notice. Power to you, People of Sudan.”

Amidst a storm of humiliations affecting the aid sector, Byanyima who is married to Ugandan opposition leader  Kizza Besigye  kept a firm hand on the rudder from the new headquarters in Nairobi, but 2019 will be another tough year for Oxfam.

Byanyima also serves on numerous global advisory bodies, including the World Bank’s Advisory Council on Gender and Development. In 2016, when asked if she would ever stand for president in Uganda, she told the Forum for Women in Democracy: “If one day there is an opportunity and a team that shares my vision and wants me to lead it, I will rise.”

With the popular movement around Bobi Wine whipping the population up to fever pitch, Byanyima could offer a real policy platform for the opposition.

“A year ago we asked a commission of independent experts to look at our culture. Today’s report is exactly what we asked for. I’m so sorry to those of you who have been let down by bad behavior and abuses of power.” – @Winnie_Byanyima

The Africa Report is an English language monthly magazine that focuses on African politics and economics edited by Patrick Smith  based in the French capital Paris and comes out monthly.