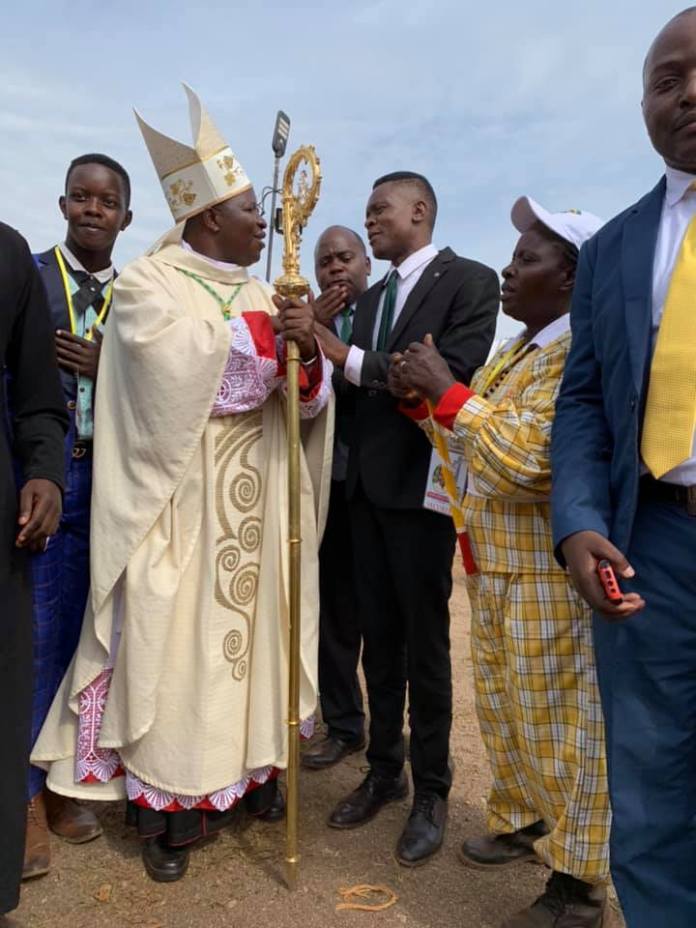 “I’m very optimistic that the people of Masaka have got a Joshua to lead them into the Promised Land,” the singer said.

“As St Paul said, there is no other source of salvation but the Cross. Let’s not look for the Gospel of prosperity but focus on the cross which will lead us to the crown.”

He added: “May the same cross help us from the selfishness exhibited by some of our political actors but rather pave way for the newfangled political leaders like us.”

At the same event, Chameleone who was recently named the DP national coordinator met with Dr. Paul Kawanga Ssemwogerere and Buganda Katikkiro Owek. Peter Charles Mayega who he thanked for “the  inspirational speech”.

The coronation event was also graced by Vice President Edward Ssekandi who handed over a New car to the Msgr. Jumba as a present from the President.