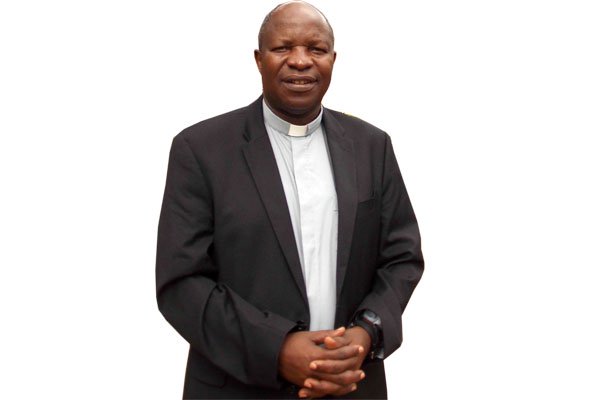 Sports Arena Ground in Masaka was home to thousands of people on Saturday who turned up to witness the consecration of Msgr. Serverus Jjumba, who was installed as bishop of Masaka Catholic Diocese.

The occasion, which was presided over by Bishop Kaggwa started with a procession that featured bishops and priests.

Jjumba, replaces a no-nonsense Bishop Kaggwa who has been critical of government on several issues and policies. The new Bishop referred to Bishop Kaggwa as his mentor and promised to pick up from where he stopped.

The occasion ended in a grand style with Vice-President Ssekandi handing over new Mitsubishi-Pajero gift to Bishop Jjumba.  This has become a common gift of the President to several religious leaders. It is seen as an effort for the president to win the favour of the clergy.