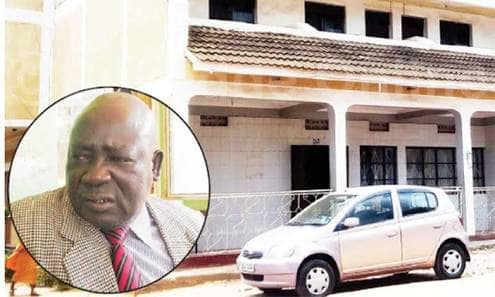 The owner of Pacific Hotel, Luiji Candia, which the army raided on the last day of Arua Municipality parliamentary by-election campaign last August, has died. He passed on at Mulago National Referral Hospital on Sunday morning, aged 69.

The actual cause of death is yet to be established but doctors said he had suffered brain damage as a result of a stroke.

Pacific Hotel is where Bobi Wine and others were staying during the Arua municipality by-election. The hotel was raided by SFC soldiers who shot dead Bobi Wine’s driver, Kauma, before brutally arresting the legislator and 30 others.

Mr. Candia is famously remembered for having stood his ground and refused to incriminate Bobi Wine. Police had alleged that they had found guns in his hotel room, however, Mr. Candia came out to rubbish this claim. He was intimidated and the state tried to bribe him but he stood his ground.

May his soul rest in peace.