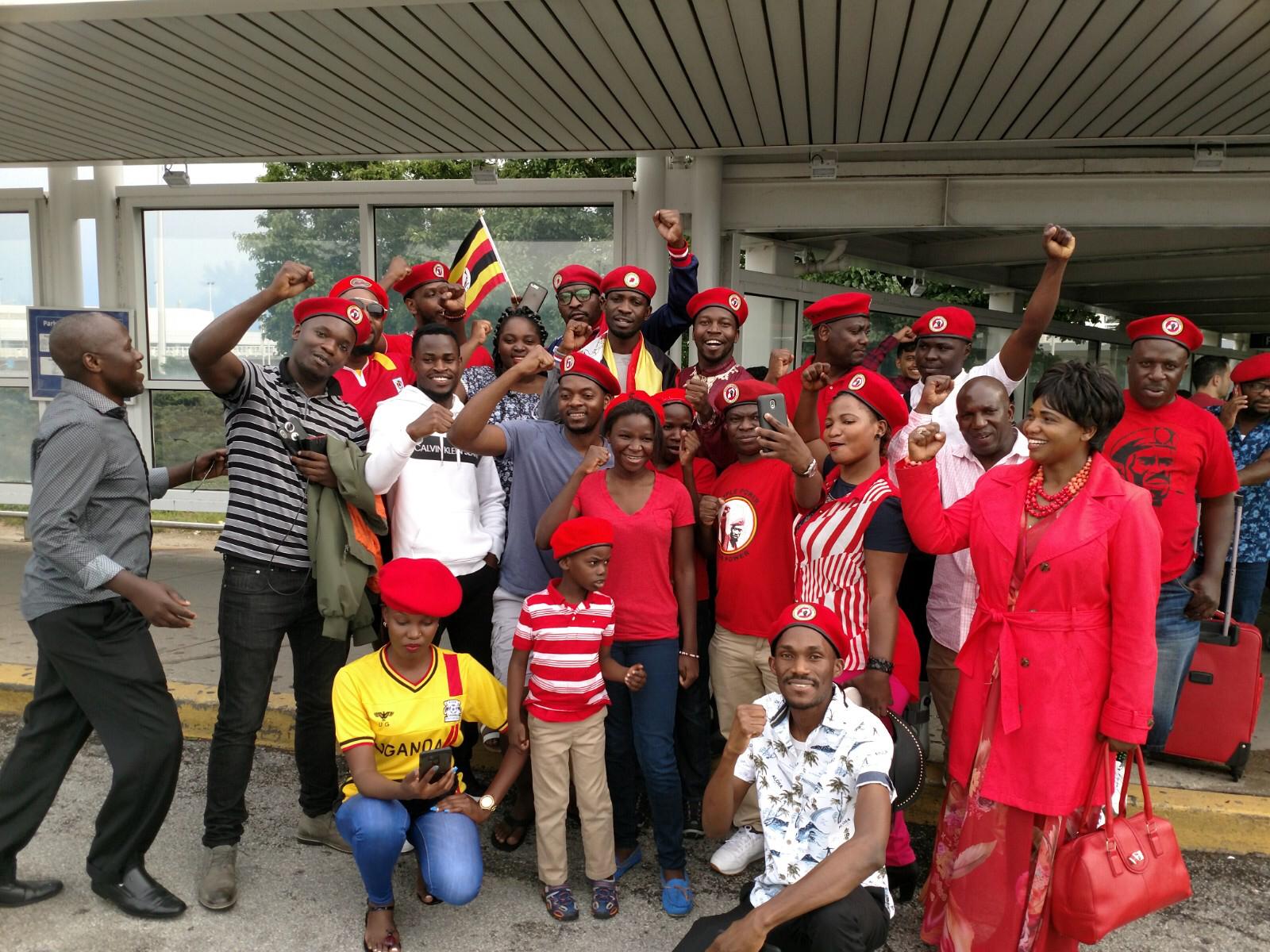 People Power Pressure group top leadership has thrown their weight behind the candidacy of John Julius Muwulya, who is aspiring for the Presidential seat of the Ugandans in North America Association (UNAA).

Muwulya  is up against Henrietta Wamala alleged to be NRM leaning and Frank Musisi who comes to the race as a former president of the same association a decade ago.

However during the Human rights conference organized by Rev. Jesse Jackson in Chicago , Robert Kyaulanyi Ssentamu aka Bobi wine met Muwulya to reiterate his support ahead of the upcoming UNAA elections.

During a Private meeting between Bobi wine and Muwulya attended by a few other officials of the People power movement that included Mityana Member of Parliament Zaake Butebi, Capt. David Ssejinja, Aisha Mulumba Nakijoba and the Newly elected South California President Haruna Kabuye among others

Bobi wine applauded Muwulya for his eloquence on matters that affect Ugandans and promised to offer him support as elections come close for the building of a better Uganda.

Muwulya informed the house that he is running on a reform agenda to rebuild the foundation of UNAA and offer both financial and political independence of the association so that they can be the force to reckon with for regime change in terms of resources and funding.

“The diaspora community has punched below her weight for the last 30 years. It is true that some have tried but due to the regime influence with resources and funding, we have continued to be a shadow of our potential. We cannot liberate Uganda with a divided and disorganized diaspora. I am not saying that UNAA is the vehicle for that, but a United and organized UNAA will be a force to reckon with,” he said.

Chairman Nyanzi also noted that Muwulya is the right man for the UNAA job because he has shown his capabilities by supporting others and spearheading the People Power activities in the Diaspora.

Muwulya was previously the Vice President of UNAA.