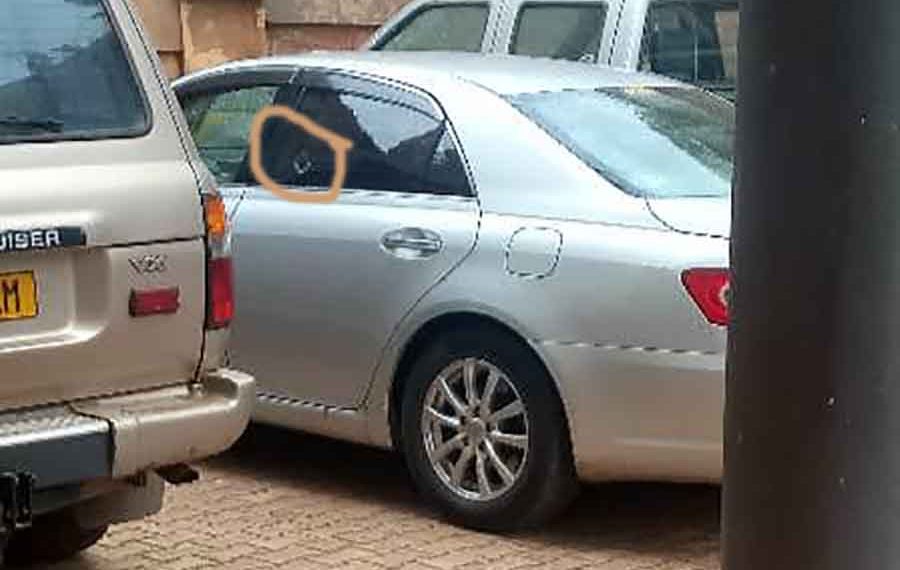 The bullet that ended Arnold Mugisha’s life went through the passenger window, and exited from the driver’s window, shattering his face in the process.

City Businessman and Proprietor Hickory bar and Restaurant, Arnold Mugisha was Tuesday morning shot at Quality Shopping Villlage in Naalya following an exchange with a security guarding manning the premises.

According to different accounts, the deceased together with his colleagues entered an argument with the security guard after a shopping trolley in their possession was left to roll into another person’s car causing damage.

Following the incident, the security guard identified as Babu Aweza reprimanded the group but they were not willing to take it in refusing to heed to his pleas to stop and address the issue with the owner of the other car.

Despite the security guard approaching Mugisha politely, Police says Mugisha started the car crushing Babu’s legg which infuriated another guard identified as Moses Angoria who dashed for his gun and shot through Mugisha’s car.

Reports confirm that The Toyota Mark X in which Mugisha and Colleague were travelling had its left passenger window torn through by the bullet and diagonally exiting from the driver’s side where Mugisha was seated.

“The car is filled with blood on the driver’s seat and the passenger seat next to the driver,” One of our sources confirms.

After the Incident Mugisha was rushed to Independent Hospital in Ntinda but gave up the fight midway his journey after losing a lot of blood and his Killer was also beaten by a group of People demanding for justice before he was rescued and taken to Mulago for treatment.