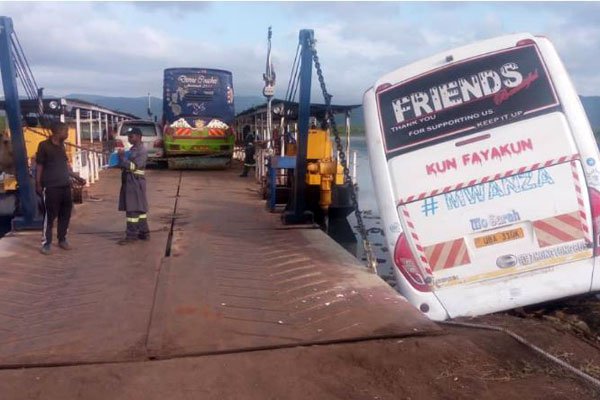 On Tuesday, Friends Bus number UBA 310K fell into River Nile as it was about to be loaded onto the ferry. The incident happened at Omi land landing site in Adjumani at about 7.20AM according to Daily Monitor reporters.

The bus is said to have rolled by itself and plunged into the river. The driver was not inside because he had parked the bus at the landing site waiting for the next trip. No passenger was injured and the bus was not damaged. The incident has left several passengers stranded at both Omi landing site on Adjumani side and Laropi landing site on Moyo side.

One thought on “Friends bus falls into River Nile…”