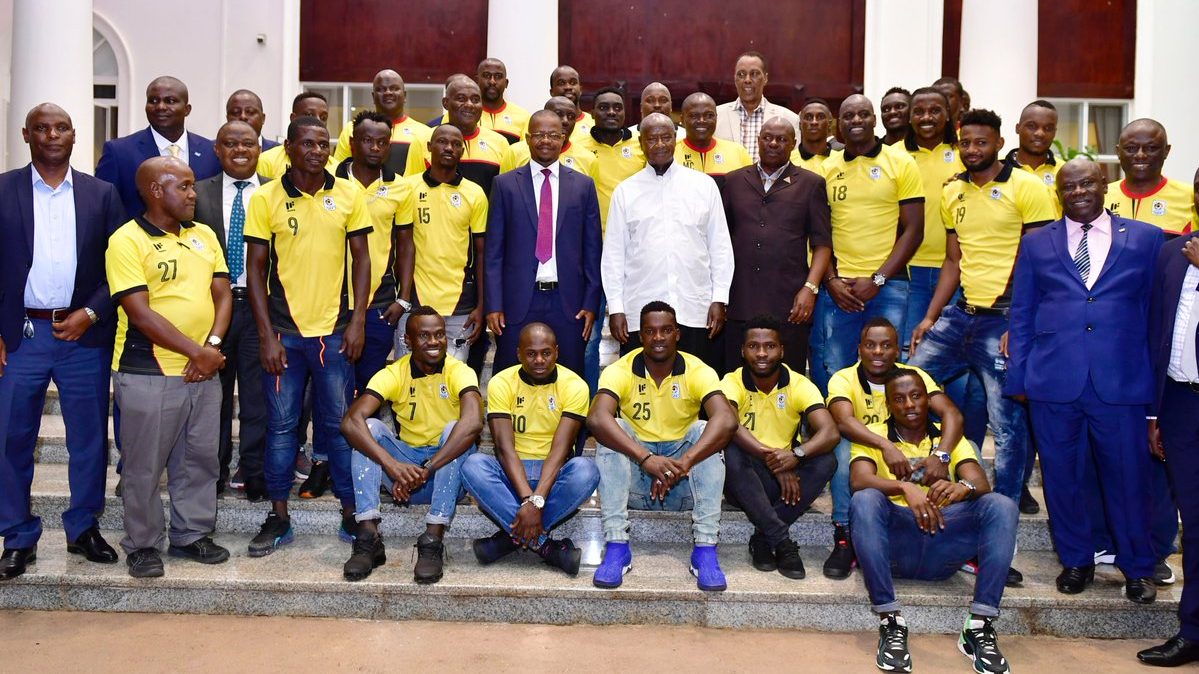 Uganda Cranes may have been knocked out of this year’s edition of the Africa Cup Of Nations (AFCON) but they put up a good show.

The 2019 Uganda Cranes AFCON team jetted into the country on Monday afternoon state House Entebbe where they had a Presidential dinner.

In his speech, Museveni expressed happiness for the Cranes feat reaching the Round of 16. He said he was confident that the next time Uganda showcases at AFCON, the Performance will be better.  He further went ahead to Promise 1 million dollars (around shs. 3.7b) asserting that government will distribute it evenly with players getting more than the officials.

Museveni reminded the Players that for the first time since 1978, Uganda had managed to proceed from the group stage of the tournament to the knockout stage after convincingly beating DR Congo and drawing with Zimbabwe.

The great display of football at AFCON has already landed some of Uganda’s players massive transfers to great clubs and the team coach Sebastien Desabre was last evening unveiled as the new coach for the Egyptian money bags Pyramids FC.