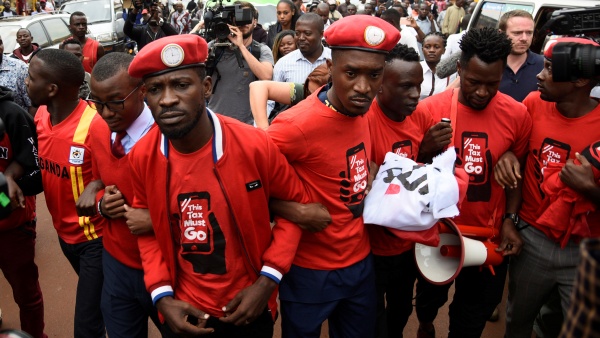 Buganda Road Court has adjourned hearing of the case against Robert Kyagulanyi alias Bobi Wine and four others over charges of disobedience of lawful orders by holding a protest against Shs.200 social media and mobile money taxes commonly identified as OTT.

The Case was postponed by Magistrate Glady’s  Kamasanyu  since the Magistrate handling the case Esther  Nahirya was indisposed. During the session, the prosecutor informed court that Bobi Wine and one of his co-accused, David LuLe, were not present asking court to post pone the case hearing before seeking criminal summons to be issued against the duo.

Prosecution alleges that Bobi Wine alongside four others on July 11, 2018, at City Square in Kampala District, disobeyed Sections 5 and 10 of the Public Order Management Act 2013 by holding a public assembly without giving notice to any authorized officers, without adhering to the required criteria and refusing to cooperate with the Police.