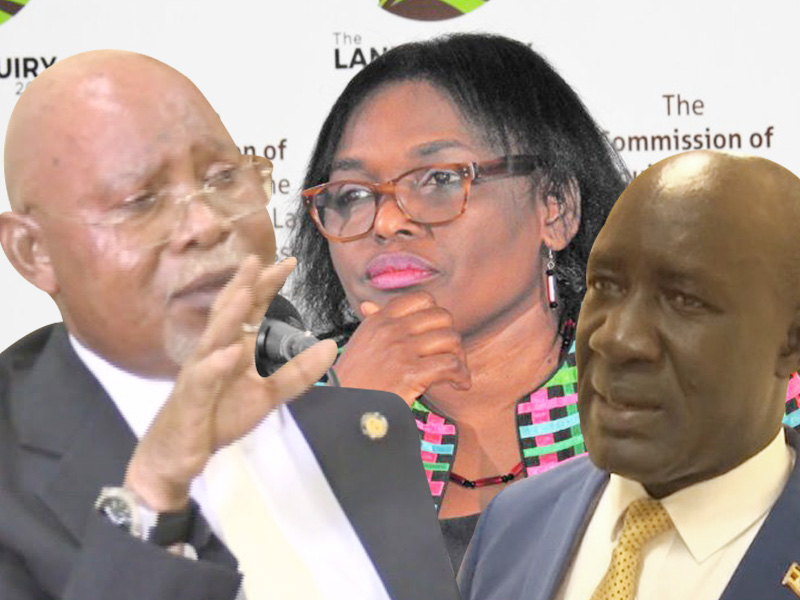 Two Senior Government Officials have been reported to the Bamugemereire Commission of Inquiry into land matters for conniving with Soroti Municipal Council to fraudulently grab Soroti golf course land in Soroti district.

The Secretary for Workers at Soroti Municipal council, Emmanuel Osigire told the Commission that Golf course land had been grabbed by Internal Affairs Misnister General Jeje Odongo and Minister for Disaster Preparedness Musa Ecweru hiding behind Pilgrim group of companies.

Osigire further added that he has concrete evidence against Jeje Odongo and his counterpart Musa Ecweru that links them to the Soroti golf Course land grabbing but the two minister are untouchable because they are using their offices to grab government property under an entity identified as Pilgrim group of Companies before it was rebranded to Shiddah holding company Ltd.

He also noted that when Soroti Land board learnt of the land scandal, they wrote to the Ministry of local government and Ministry of Sports for assistance only to be advised to restrain themselves from interfering in matters that involve Soroti golf course because some to government officials had interests in developing the land.