Kanyamunyu rebrands himself as Ugandans shift focus from the Akena shooting 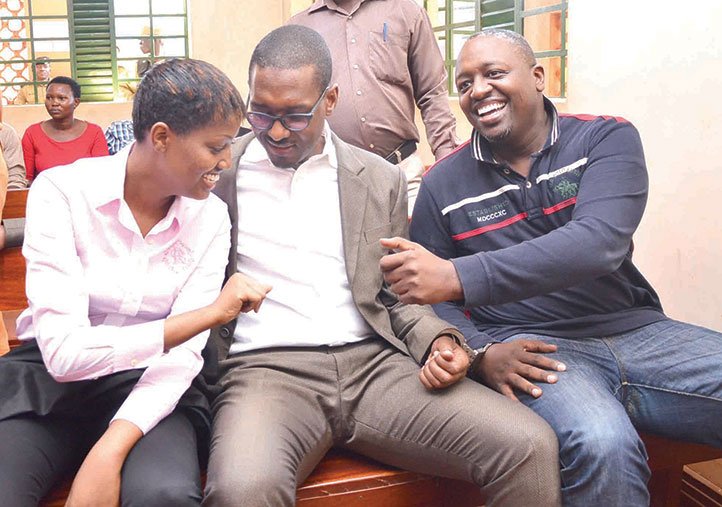 Public Relations guru Joseph Kanyamunyu is making a comeback months after he lost his career in a shooting and murder scandal involving his kid brother Mathew Kanyamunyu and girlfriend Cynthia Munangwari.

Mr Kanyamunyu who was  a renown Public relations practitioner and  led companies like Hill and Knowlton says his brother called him for help and he turned up for him. In the wake of the shooting before he was also fingered as a suspect, he released a statement saying the shooting may have been related to the fact that Cynthia’s life is being threatened by the Burundi government.

Joseph faces an alternative charge of being an accessory to the murder of Akena. It is alleged that Joseph removed the pistol that was used to kill Akena from the vehicle of his brother, registration number UAW 548M.

The late Akena died at Norvik hospital where the suspects took him for treatment after shooting him for allegedly denting their car. It is also alleged that prior to his death, Akena told medics at Norvik that the people who took him there are the ones who were responsible for shooting him in the stomach.

The suspects pleaded have since pleaded not guilty to the charges and are out on bail.