Mao lashes out at Nambooze for critiquing Chameleone 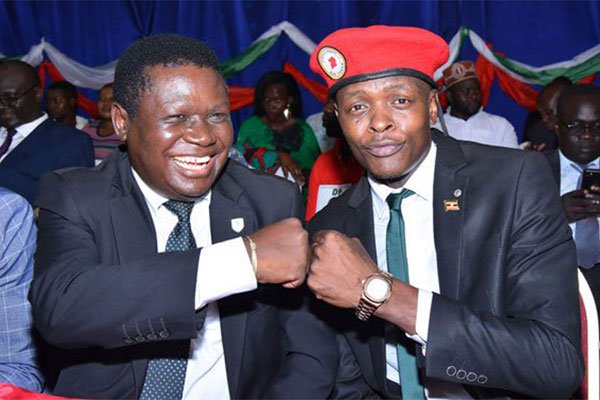 DP President Nobert Mao told one of our sources some people spend a lot spreading gossip and speculating that DP recruited Chameleone to fight Bobi wine yet DP does not need to sign an agreement to show that they are in the same struggle with Bobi Wine because they have time and again given Bobi wine platform to talk to his supporters ever since Police banned him from holding any concerts.

Mao noted that he is so disappointed with party memebrs who did not welcome the efforts made by the DP bloc to recruit Chameleone for being a big fish with ability to mobilize.

Last week, DP announced that Chameleone was enrolled as a party member registered under No. 0011650 and immediately appointed as a national mobiliser under Mao’s office However the likes of Nambooze did not appreciate his enrollment saying his an NRM cadre who has come to confuse the party.

Chameleone intends to contest against Lord Mayor Elias Lukwago who has been serving on the DP ticket for a long time come 2021.

Mao also noted that the Party is under fumigation to do away with all political cockroaches, snakes and rats because there is no room for individuals who only stick to DP when they want to win electoral seats.