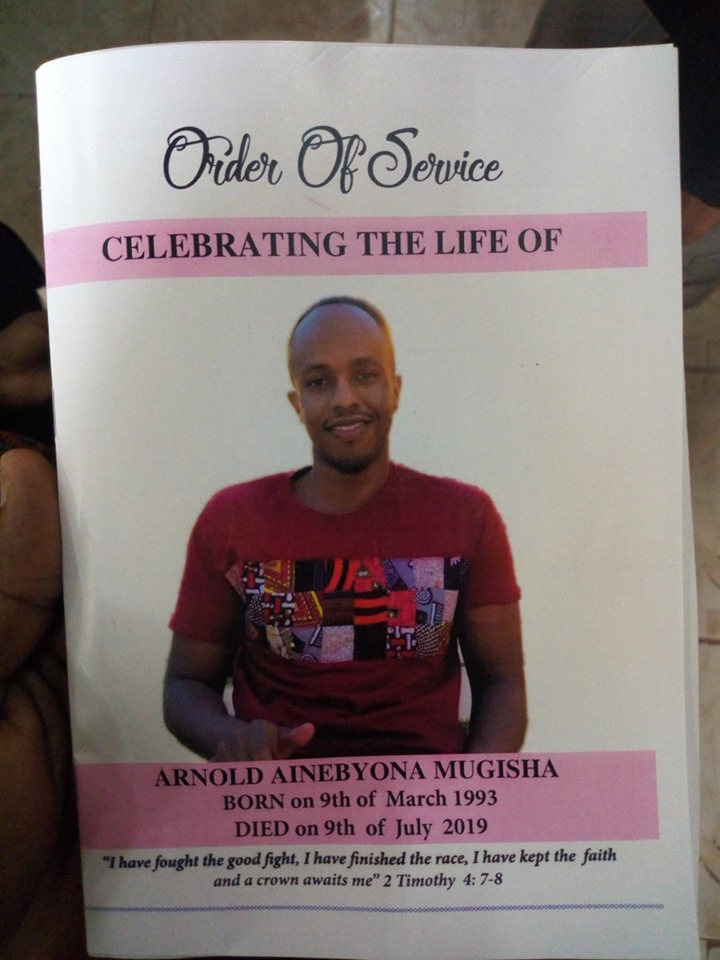 While Family, friends and Relatives of the Late Arnold Ainebyona who was shot dead yesterday at Quality Supermarket Naalya gathered today afternoon at All Saints Cathedral Nakasero for Mugisha’s Requiem service, the Preacher of the day reechoed Anger as the spark off of all the murders happening across the country.

During  service, Rev. Medard  Birungi  noted that the cause of the rampant deaths in Uganda today is due to the fact that Ugandans are angry and this anger has been caused by Government which has divided its citizens into the haves and have-nots.

“There are so many people in Uganda who are angry. When you are angry, you are easily provoked to kill. Anger has brought about demonstrations, murders and it is anger that led to the Rwanda genocide,” Birungi said, and went on to encourage the public to learn how to control their anger.

“Self-control, forgiveness and reconciliation are important. We should also try to avoid provoking people in order to live in harmony and unity,” he said.

However Ainebyona’s family claims their son was killed as a result of boiling anger  against the Banyankole.

Today morning, police ordered its team of homicide officers from Kira Division Police to revisit the crime scene where Ainebyona was shot in the mouth by Moses Angoria, a security guard attached to Saracen Security Company.