Founder of Mukwano Industries Limited has passed on. 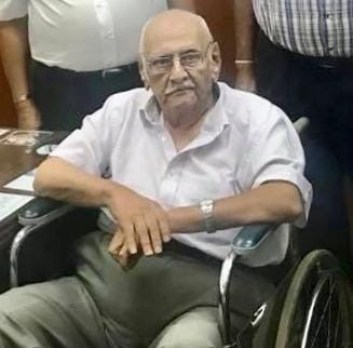 The founder and proprietor of Mukwano Industries Limited is dead. Amirali Karmali died yesterday evening in Fort portal, according to family reports. Karmali, born in the 1930s and he started the family business empire that stretches into real estate, banking, transport, and manufacturing.

The history of the Mukwano Group goes back five generations to 1904, when Ali Mohamed Karmari, the father of Amirali, landed on the East African coast. He made his way to Uganda and settled in Fort Portal in western Uganda. It was his friendship and the way he mingled with the local population that earned Ali Mohamed the nickname Mukwano, which means friendship in Luganda.

Ali Mohammed started a small business which, in the 1960s, gave birth to the transport business run by his son, Amirali Karmali. Amirali later shifted his base to Kampala. He was one of the few Asians who were not deported by Idi Amin Dada.

Amirali set up Mukwano Industries that has thrived up to date. Mukwano Industries Uganda Limited began operations in the 1980s in Kampala with a single enterprise store dealing in general merchandise and produce. Mukwano produces most of the household items used in Uganda, including personal care products such as the petroleum jelly, soap, cooking oil, drinking water. Amirali handed over the day-to-today running of the empire to Alykhan Karmali, his son.

Mukwano, besides the industries, owns large malls in Kampala that include Acacia mall and Forest mall. He owns large tea estates in Fortportal as well as a large farm in Masindi, among other properties.