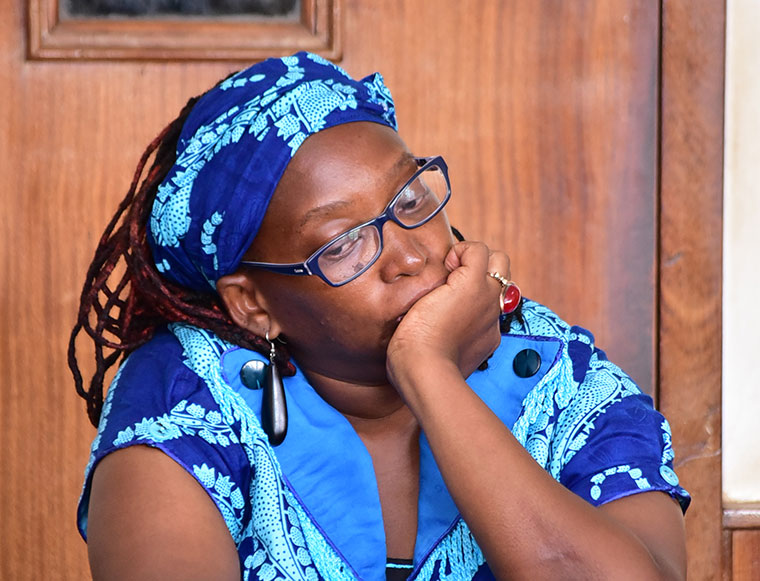 Dr Stella Nyanzi has requested court to adjourn her case for a month to enable her get witnesses willing to testify on her behalf. She made the request yesterday through her lawyers after, for the third time, her scheduled witnesses refused to show up to defend her in court.

Stella Nyanzi is charged with offensive communication and harassment for allegedly published a birthday poem insulting and disturbing the peace and privacy of President Museveni and his mother, the late Esteri Kokundeka.

Stella Nyanzi had lined up 20 witnesses to come to court and defend her. However, except for one, all the 19 witnesses refused to turn up in court on three occasions. The one witness who turned up refused to testify saying he doesn’t know why he was summoned to court.

Stranded, Stella Nyanzi has now decided to publish a notice in a newspaper of wide circulation and other media inviting willing witnesses. She says that she needs a month to be able to get the witnesses and that is why she requests for an adjournment.

Her lawyers made the request before the Buganda Road Grade One magistrate, Gladys Kamasanyu. However, the prosecution team objected to the defense request for a month’s time to invite willing witnesses through news media. They said that the defence team is trying to deploy delaying tactics and also that it is alien in legal practice to advertise for witnesses. They concluded that the defence just has no witnesses to present.

The magistrate adjourned the matter to July 15 to give her ruling.