The article that landed Joseph Kabuleta in jail. 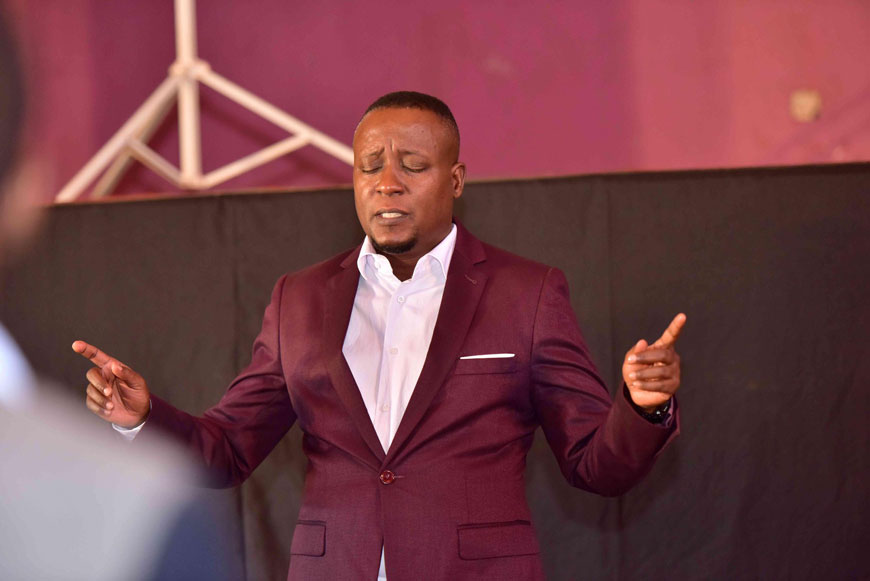 Police has this evening arrested self styled Pastor Joseph Kabuleta on charges of offensive communication against President Yoweri Museveni. Kabuleeta was picked up by plain-cloth detectives from a restaurant at Forest Mall in Lugogo as he prepared to go and preach at his fellowship.

Below, we reproduce the article that is believed to have landed him into hot soup. The article was published on social media on 8th July.

Kato is the most daring person I had the misfortune of knowing several years ago; a sneaky and adventurous lad who lived on the edge. He was also a good storyteller and that’s what kept me around him even if I detested several things about his lifestyle. But what shocked me is how many audacious things he got away with.
His day job was at a big workshop somewhere in the outskirts of the city but that didn’t last long. Every evening after his shift, Kato would gather up useless sawdust, put it in old sacks, and push it out on a wheelbarrow. Naturally, the guard at the gate was suspicious.
“What’s that you are taking out?”
“It’s only sawdust.”
The guard wasn’t convinced. He pulled the sacks off the wheelbarrow, pressed hard on them to make sure there was nothing hidden within, before reluctantly allowing him to proceed.
And so it was every evening. Kato left work with a wheelbarrow of useless sawdust.
After some weeks, the guard called him aside and said: “I have a feeling that you are stealing something from this company, but I just cannot put a finger on it. If you tell me, I promise not to apprehend you.”
I don’t think Kato believed the guard, but still he told him.
“Wheelbarrows! It’s wheelbarrows I am stealing.”
Of course the guard snitched on him and Kato was fired.
Ok, I don’t know any Kato who worked in a workshop, but I told that story to show how the biggest mysteries are often hidden in plain sight.

It started with sporadic appearances at events, a few dreary speeches, and plenty of social media activity but now it’s clear to every discerning eye that The First Son (official title) is crawling out of his hole like a squirrel.
Even his bevy of paid promoters are becoming bolder in their proclamations; calling him “our next president” in their tweets. Knowing who these people are, and how close they are to the junta, that is more than idle talk.

Clearly, whatever has been cooking under the scenes is about to be unleashed. And it has been several years in the making, starting in the mid-90s with a recruitment of young, graduate soldiers who were in effect Muhoozi’s boys. As that crop grew through the ranks, although not as meteorically as the man they were enrolled to serve, the recruitment net was cast wider.
About twelve years ago, a close colleague raised the subject in a cavalier but serious way, if you know what I mean. He knows me to be a bit of a firebrand, a mover, so to speak, and thought those qualities were being wasted in sports. I could be an asset in their push for the presidency of “our age mate”.
I was at crossroads in my life at the time but I could not involve myself in any venture for which I had no conviction. I would have to lock my conscience in a maximum security prison to be part of an operation that turns our country into a monarchy. Even then, I suspect my conscience would stage a prison break to rival Michael Scofield and find its way back into my heart.
The gentleman who was inviting me is now a cabinet minister and was one of the organizers of the recent 45th birthday party thrown for the First Son at Munyonyo. It was more than just a hyped revelry that made the front pages of the New Vision. It bore the markings of an initiation, or a rite of passage. It was a coming of age, so to speak. It’s no wonder that the main protagonist noted how it was his first public birthday celebration in 33 years. The last time was in 1986 (!!!)

Uganda has often been referred to as a Mafia State by many of its disillusioned citizens so permit me to juxtapose the affairs of this state with the Godfather trilogy of movies taken from Mario Puzo’s fabled novel that bears the same title.
The head of the family Vito Corleone is frail and goes into semi-retirement. His son Michael, who was once determined to live a normal life away from his family’s criminal empire, is the new boss even if his ageing father lurks in the background. The Capos of the family and the Consiglieri, the executioner in chief, doubt if the young and reticent Michael can take after his father.
But how wrong they are. Michael earns his stripes by arranging for the simultaneous execution of the heads of the five rival families, followed by an internal cleansing in which all family traitors are also killed. Almost overnight, the once demure army veteran and family man became even more ruthless than his father.
In one of the most iconic scenes from the movie, all the Capos come and kiss Michael’s hand, acknowledging him as the new Don. Muhoozi’s birthday party had a similar feel; an opportunity for his “age-mates” who have served the old man to pledge their allegiance to him.

In the eyes of the Uganda mafia family, the support structure to uphold the new Don is already in place.
The regular army has been systematically disengaged and replaced with Muhoozi’s SFC. Many of the old guard have found solace in business, farming and NAADS. The rest are quietly disillusioned. It was General David Sejjusa who first stood up to resist what he called “The Muhoozi Project” and he got his comeuppance in the form of a stint in exile followed by total oblivion. It was said that even the Late General Aronda Nyakairima was opposed to it and that’s why he was sent out to the Ministry of Internal Affairs, but what do I know?
The project also needs a ‘friendly’ police and the appointment of Major General Sabiiti Muzeyi as Deputy Inspector General of Police was the first step in that direction. It has since been followed by other appointments of army officers into police in what Army Spokesperson Brig Richard Karemire described as “cross pollination between sister security agencies”.
It would be cross pollination if police officers were also being appointed in the army, but they aren’t. So it is in actuality a military invasion of police and it is all a part of preparing for the new Don.
The net has also been cast in the media. Cedric Babu, a close friend of Muhoozi’s, now heads Uganda Broadcasting Corporation (UBC) and by kowtowing to the new Don, Robert Kabushenga has ensured that there will be no need to appoint a younger person to head the New Vision empire.

Then there is the war chest. The billions that have been set part for the purpose. NRM MPs approved the $379m for the fake Lubowa Hospital investor because they were told it’s the money they will be given for campaigns, and that’s not about all. More money will be minted and printed for that purpose, because the Godfather, having gathered illicit wealth for 35 years, will be looking to keep it within the family. After all, they say there is no success without a successor.

Key sectors in government and finance are being held by old and near-senile people with no ambition while in the interim Muhoozi kids are entrenching themselves below. It is a discreet but systematic takeover.
SFC is in charge of natural resources and national parks while the First Family have their fingers in every major cash-generating venture. It’s not just greed. It’s control. It’s as much about getting the money as it is about keeping it from rivals. So that by 2021, only one camp is liquid. Those who bow and kiss the hand of the new Don are rewarded with the means to live. The rest merely survive or worse.

But the biggest hindrance to the Muhoozi project is the man himself.
Unfortunately for Museveni, qualities like political sagaciousness and charisma are not necessarily transmitted through genes. Muhoozi has no allure beyond the privilege of being his father’s son. He has no personality, no aura, no charm. He carries the tormented look of someone struggling to match people’s expectations of him. Even at the aforementioned birthday party, he looked stoic and disinterested, like he would rather be somewhere else. Somewhere he doesn’t have to be the centre of attention and doesn’t have to give a speech.
Then there was his much-hyped interview on UBC with veteran journalist Tony Owana. As much as I tried to keep an open mind, I couldn’t last the duration of the discourse. For a moment I was tempted to blame the interviewer, who was overly excited and animated like an intern meeting his childhood idol. But I spared a thought for him because I suppose Muhoozi is not an easy person to interview. The dialogue never got out of first gear. Dressed in full combat with his beret hanging under the ranks on his shoulder, he spoke about key moments in his life as if they had been lived for him, and gave one-line answers to open-ended questions like: “Tell us about Sandhurst?” He sounded more like a suspect being interrogated by police, trying not to give anything away, than like a potential politician, much less a president. He has lived too long in his father’s shadow and his only exposure is to the wealth and privilege that surrounds him. He cannot relate with the poverty that his father has inflicted on Ugandans. I would be hard-pressed to mention anyone more ill-suited to be a leader.

The big question for Ugandans is: How and when are they planning to make this transition?
The First Son is already being sent on foreign missions on behalf of his father and is meeting ambassadors and dignitaries, and tweeting about it.
Maybe the Godfather is planning to go into semi-retirement after rigging the 2021 elections and take on an advisory role as his son runs the Family Business called Uganda Limited.
Or maybe, just maybe, the transition happens within NRM and the country adopts a Parliamentary System in which the party with the most elected legislators takes the presidency.
Whatever their plans, I know for sure that the reality will be different. The Mafia empire is crumbling and Uganda will return to Ugandans.