Another Royal Guard dies in Prison 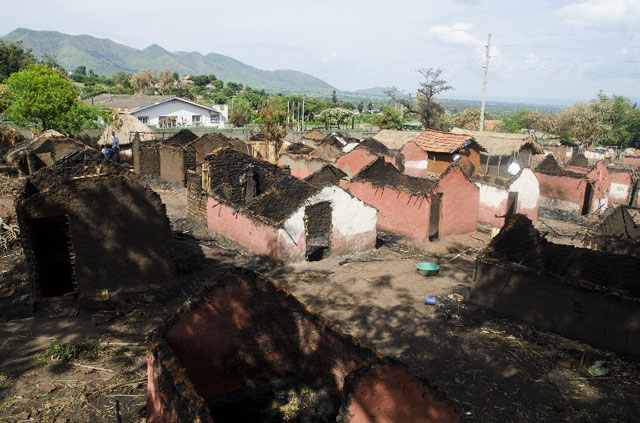 Another Rwenzururu Kingdom royal guard has died in prison bringing the number to four guards who have died since their arrest in November 2016.

The family of Ezakiel Isonderya, told obe of our sources  that Ezakiel Isonderya, said to be the oldest among the over 190 suspects in prison  passed on Thursday night at the Luzira Prisons Hospital however the cause of  his death remains unclear as the family meets to find a way of retrieving the body.

Rwenzururu King Charles Wesley Mumbere was on November 26, 2016 arrested with 200 others when the UPDF soldiers raided his Buhikira Royal Palace in Kasese Town.

Despite the King, his former Acting Prime Minister, Mr Johnson Thembo Kitsumbire and six juveniles being out on bail since February 2017, the rest have been on remand in Kirinya Prison in Jinja District where three have since died with their bodies handed to the respective families for burial.

“The Babinga Clan from Muhungulhu family with deep sorrow announces the death of one of their elder Mzee Isonderya Ezakiel that occurred at Luzira Prisons Hospital. We are not yet sure of the burial, but we shall keep updating you since he was in prison,” a communication from the dead guard’s family reads in part.

Mr Siira Mutseke one of the family members, however, confirmed  in a telephone interview that they had been informed of the death but were not yet authorized to speak on behalf of the family since were making arrangements with King Mumbere and his co-accused to find means of claiming the body from Luzira Prison.