“The Beasts of Burcoro”-NRA soldiers raped men too 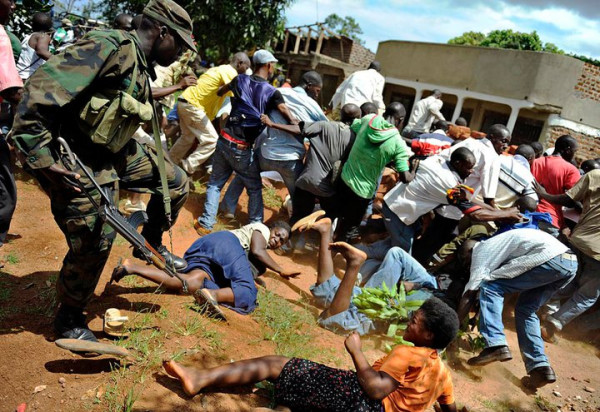 Human Rights activist Nicholas Opio has cast light on yet another gruesome but often less talked about atrocity committed by Yoweri Museveni and his NRA soldeirs in Northern Uganda during the early stages of their regime.

In a 2013 publication by the Justice and Reconciliation Project, the gruesome massacre is laid out.

Here is a full account of the KagutaMuseveni’s NRA killings in Burcoro, Gulu district on April 17, 1991. 35 healthy men were buried alive in a pit they had earlier been forced to dig. Download HERE. 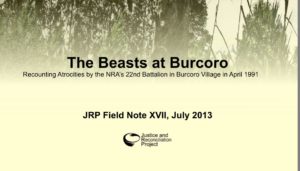 ‘They accused me of hiding rebels in the house and started beating and stepping on me… They beat me until I defecated on myself. My four-year-old son then started crying & one of the soldiers kicked him in the stomach. He fell down and started urinating on himself… ‘see pg 7 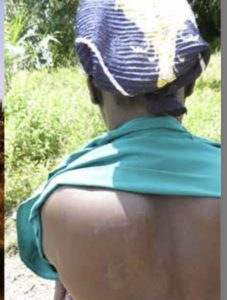 The NRA soldiers raped men too. Here is an interview extract from the report 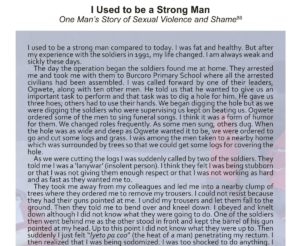 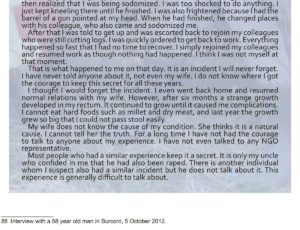 ‘…Then in the evening another group of soldiers would come and rape us. I even have a scar on the side of my stomach from when I was thrown against the ground on one occasion by a soldier that was going to rape me and a small stick cut me…’ pg 22

‘…Before long my husband came. His name was Albertino Kinyera, but he was commonly known as Lucoc. They accused him of being a rebel and beat him repeatedly until they broke one of his hands. They then forced us to follow them & we were taken to Burcoro Primary School’ see pg 7

It is almost 30 years down the road and the NRA soldiers or their leader Yoweri Museveni has not been made to answer for these atrocities. The question still remains, will the West finally look past their association of Yoweri Museveni and save Uganda from a ruler who has a lot to answer for? Or is it time Ugandans realized that they have the power to bring Museveni and his cronies to book and pay for their sins?