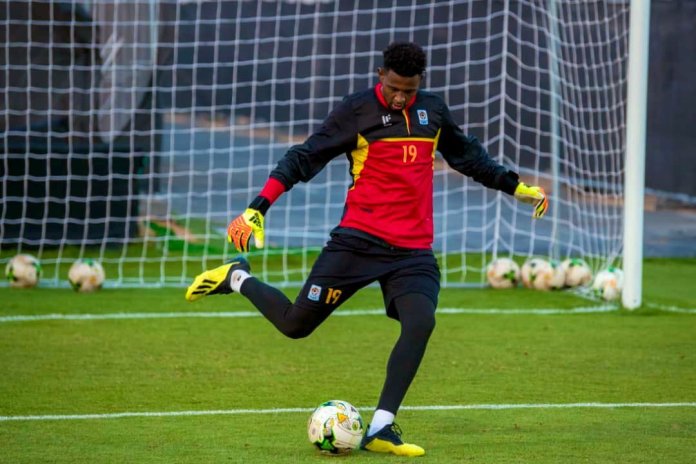 The offensive communication reportedly happened on Twitter during the players’ strike at African Cup of Nations in Egypt during which Otto told the players that they had been given enough funds for facilitation so they needed to be patriotic and play for their country rather than conducting a sit down strike over bonuses before pin pointing five cranes players to have been the ring leaders of the strike including Jamal.

In Response Jamal who plays for Al-Hilal in Sudan asked the Politician to seek more accurate information, adding that he earns more money at his club in Sudan than the little money offered by FUFA.

“With due respect of your position, I think you had to get the right information from the Team Captain(Denis Onyango), I earn more than these peanuts monthly  and it’s not like the much you earn from parliament…”Jamal responded to Otto’s allegations about the strike

“These allegations amount to misconduct and puts the game of football in disrepute,” Fufa wrote to Salim in a letter dated July 11, 2019. 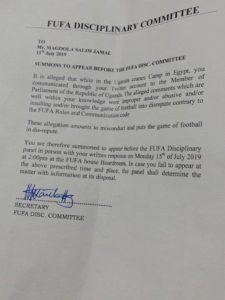 Jamal was summoned to appear before the FUFA disciplinary panel in person with a written response on today Monday 15th of July 2019 at 2:00pm at the FUFA house boardroom.

In the event that Jamal fails to appear before the disciplinary committee, the panel threatens to determine the matter with information at their disposal.