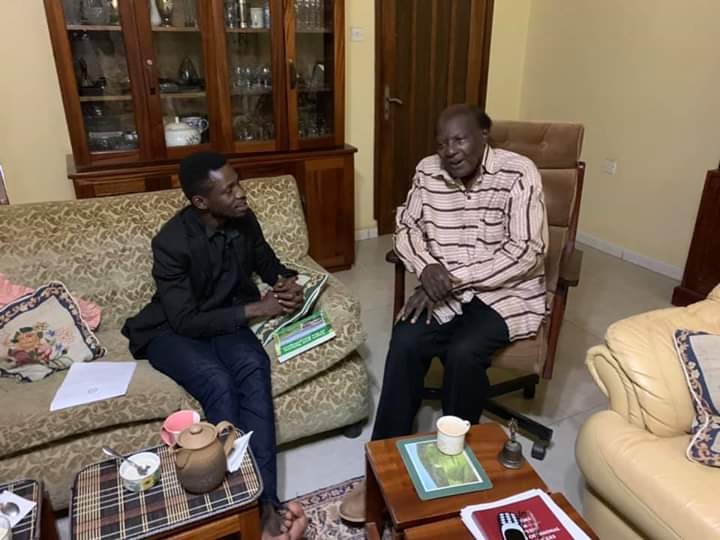 Over the weekend, Hon. Robert Kyagulanyi Ssentamu paid a visit to Hon. Justice Dr. Prof. G. W. Kanyeihamba, one of Africa’s leading scholars of constitutional law, and draftsman for the original 1995 Uganda Constitution.

Bobi Wine states that the Hon. Justice advised him among other issues that;

“My son, never lose focus or allow to be distracted by trivial matters.”

Prof. Kanyeihamba has in the past come out to openly show support to Bobi Wine and his People Power movement. He has also categorically stated that he believes one day, Bobi Wine will be president of Uganda.

H.E Bobi Wine expressed the joy and honour he felt to be with a god father of constitutionalism and rule of Law in Uganda and to pick important advice and support from him.

Justice Kanyeihamba served severally under Museveni’s NRM government as a Minister and later a Justice of the Supreme court. He also fell out with Museveni and the regime because of their continued abuses of human rights, constitutionalism and the rule of law. He openly criticizes the regime now.

Kanyeihamba turns 80 next month making him one of the oldest politicians and jurists of our time.