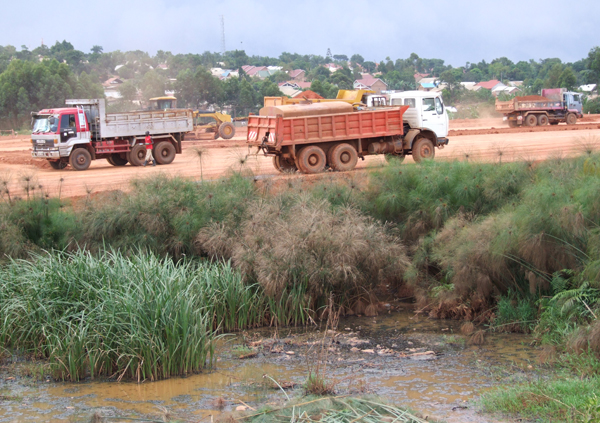 Kampala Capital City Authority (KCCA) has confirmed the giveaway of Lubigi wetland to an investor. Lubigi is one of the biggest water catchment areas in Kampala and other adjacent areas including Wakiso and Mpigi who are likely to face overwhelming floods.

Reports coming in confirm that the intending investor has already fenced off   part of Lubigi to erect a warehouse which has also been approved by KCCA.

Part of Lubigi, northwest of Kampala, has already been fenced off by a foreign “investor,” KCCA said.

“There is a hoarding being erected on property near the water treatment plant. The owner intends to put a warehouse and has the approved plans from KCCA,” Mr Peter Kaujju, the KCCA spokesperson, said on Friday.

The Wetlands and Aquatic specialist at the Ministry of Water and Environment, Mr. Wilberforce Wanyama also confirmed that the investor had been issued an Environment Impact Assessment (EIA) permit which authorizes them to build in the wetland.