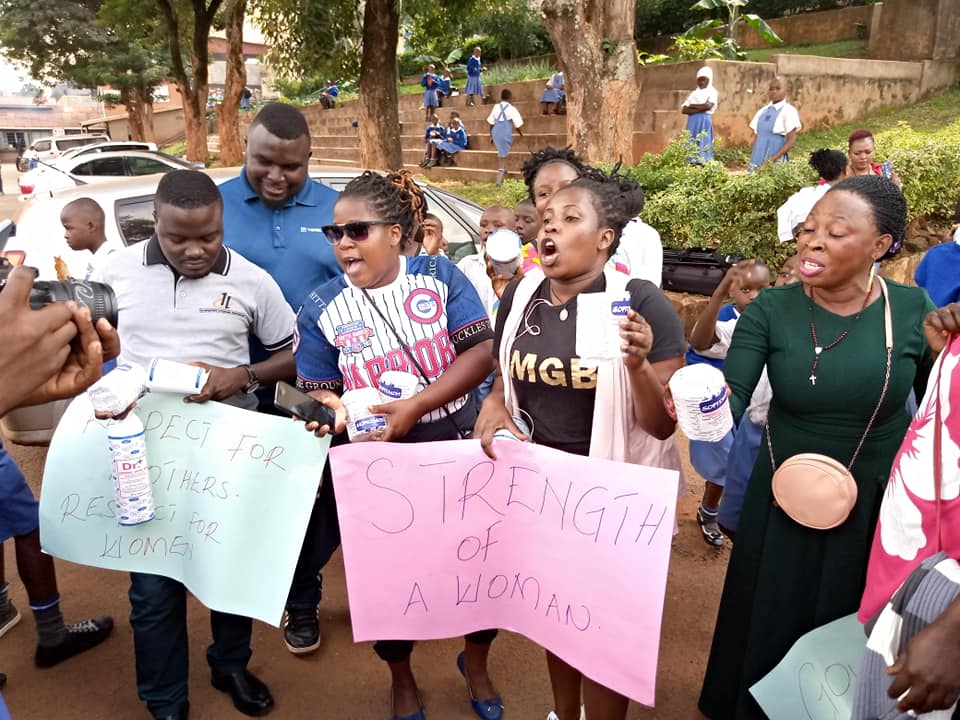 Over the weekend, there were indication that sections of angry protesters intended to match to Pastor Aloysius Bujjingo’s church in Bwaise to protest against his recent comments and communication in which he ridicules his wife Teddy over their “Sexless” 29 year old marriage. 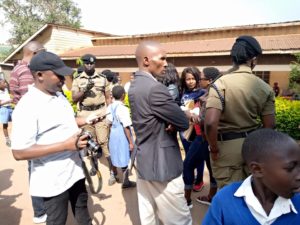 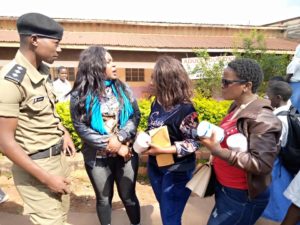 Gathered in number this morning and bearing various placards with several messages, the protesters were ready to match to Parliament to petition the speaker against what they deem as offensive communication by the city pastor against a woman, the mother of his children. 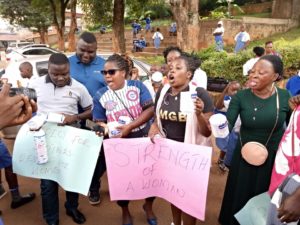 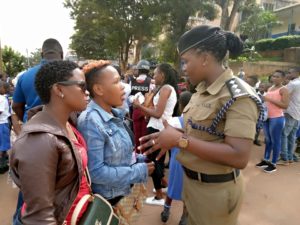 The predominantly female protesters were also armed with cotton and sanitary towels as a show of solidarity to Teddy Bujjingo who supposedly suffered from Fistula for 10 years during her marriage to the city pastor.

Police has dispersed the protesters and arrested several of them. 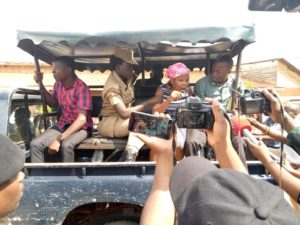 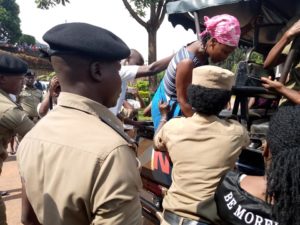