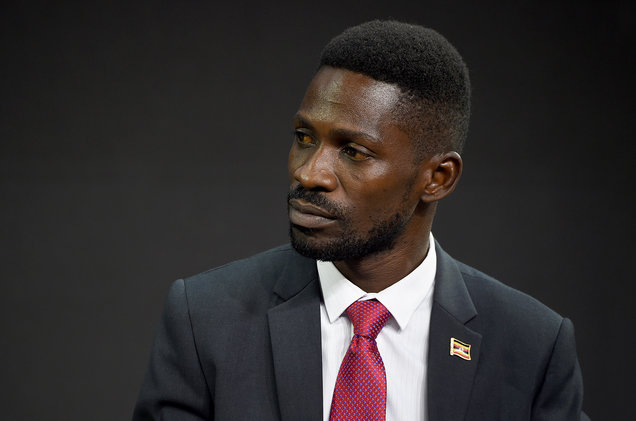 People Power Movement Leader Robert Kyagulanyi Ssentamu aka Bobi wine has once again announced that he will challenge Museveni in the forth coming 2021 elections.

“I will challenge President Museveni on behalf of the people,” the 37-year-old opposition leader said in an interview to the Associated Press news agency on Monday.

Despite his people power movement growing day by day, Bobi wine said he is concerned and worried about his safety after surviving what he believes was an attempt to end his life in august last year when his driver was shot dead following an incident in which protestors pelted stones at the President’s car convoy.

“I live every day as it comes, not being sure of the next day and I am not blind to the fact that the regime wants me dead as soon as possible.”said Bobi wine

He also noted that he continues to be fearful because there never been a threat to this regime the threat the people power movement poses today as a youthful generation.

As the frontrunner of People Power, Bobi wine has captured the imagination of many who can’t wait to see the exit of Museveni, who has held power for the last 33 years and already campaigning to re-run in 2021.

However Bobi wine continues to face challenges where police has continuously foiled all attempts for him to hold rallies or stage concerts ahead of the 2021 elections in the shadow of the Public Order Management Act.