Could Bobi Wine’s backing help Jose Chameleon through the shadow of his past? 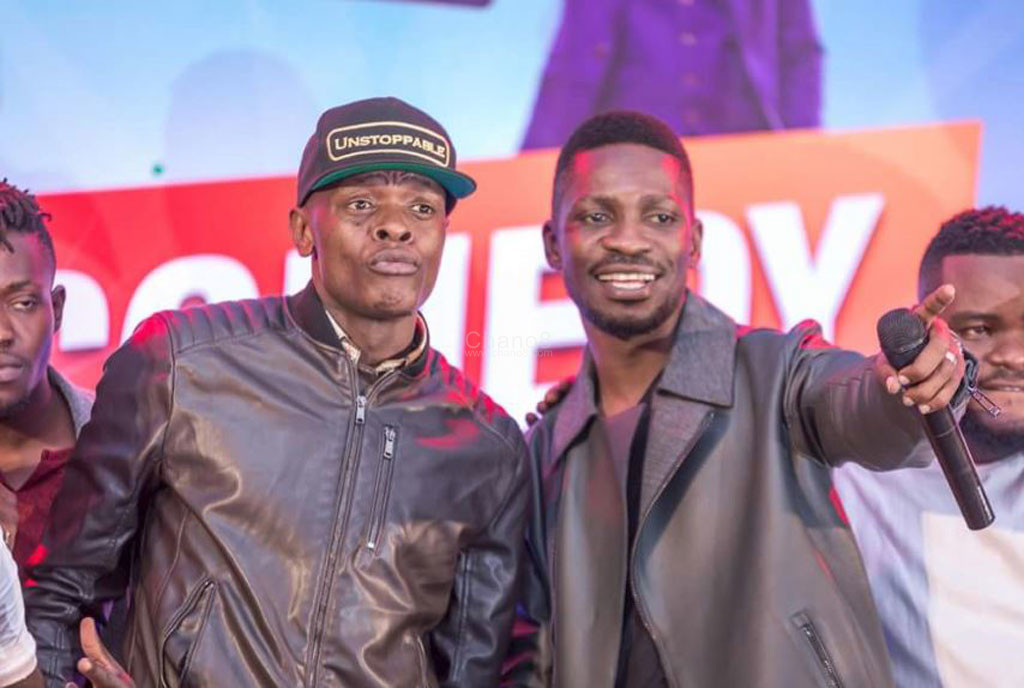 Joseph Mayanja continues to trend as a topic in politics. His recent activity on the political scene has stirred up various camps especially in the opposition.

Most people distrust Chameleon because of his ever changing outfits. This is probably true to his stage name “Chameleon” which essentially means that he is always changing colours. Political analysts feel that Mayanja will probably extend this character transition to politics.

And Chameleon enters politics on a bad footing. He has popularly been known for associating with Yoweri Museveni and his NRM party. His face is very popular in the 2016 Presidential campaigns among the musicians who sang in the famous “Tubonga Nawe” song for Museveni.

Despite Chameleon’s explanation that his involvement in the song was only out of business sense as an artist, many are unwilling to buy this excuse. They feel that Chameleon is an agent of Museveni and is probably in the opposition to cause the division. If this is indeed the case, then Chameleon has an easy job!

Yesterday, Bobi Wine posted on his social media pages about meeting Joseph Mayanja at his home. In the long post, Bobi Wine intimates that Mayanja expressed his desire to join PeoplePower and to ally with other forces fighting for change in Uganda.

Even when Bobi Wine expressed a desire to welcome Joseph Mayanja to the opposition, he was careful to mention that this was all dependent on the seriousness of Chameleon on his resolution this time round. It is evident from Bobi Wine’s statement that he too is not entirely sure of the Chameleon’s commitment.

However, Bobi Wine is wise enough to know that if there exists the smallest window of chance that Joseph Mayanja is indeed serious about opposition politics, then his voice would be a welcome addition. Those that do not support Mayanja have to accept that he has the potential to rally a base of supporters, not just in Uganda but in East Africa where his music has a large following.

Chameleon should not be focusing on his Lord Mayor aspirations for now. His focus should be to bring a freshness to the opposition struggle such that those who are highly suspicious of him are able to bury their doubts.

With 2021 just round the corner, it looks like Joseph Mayanja has a small window to make a real difference.