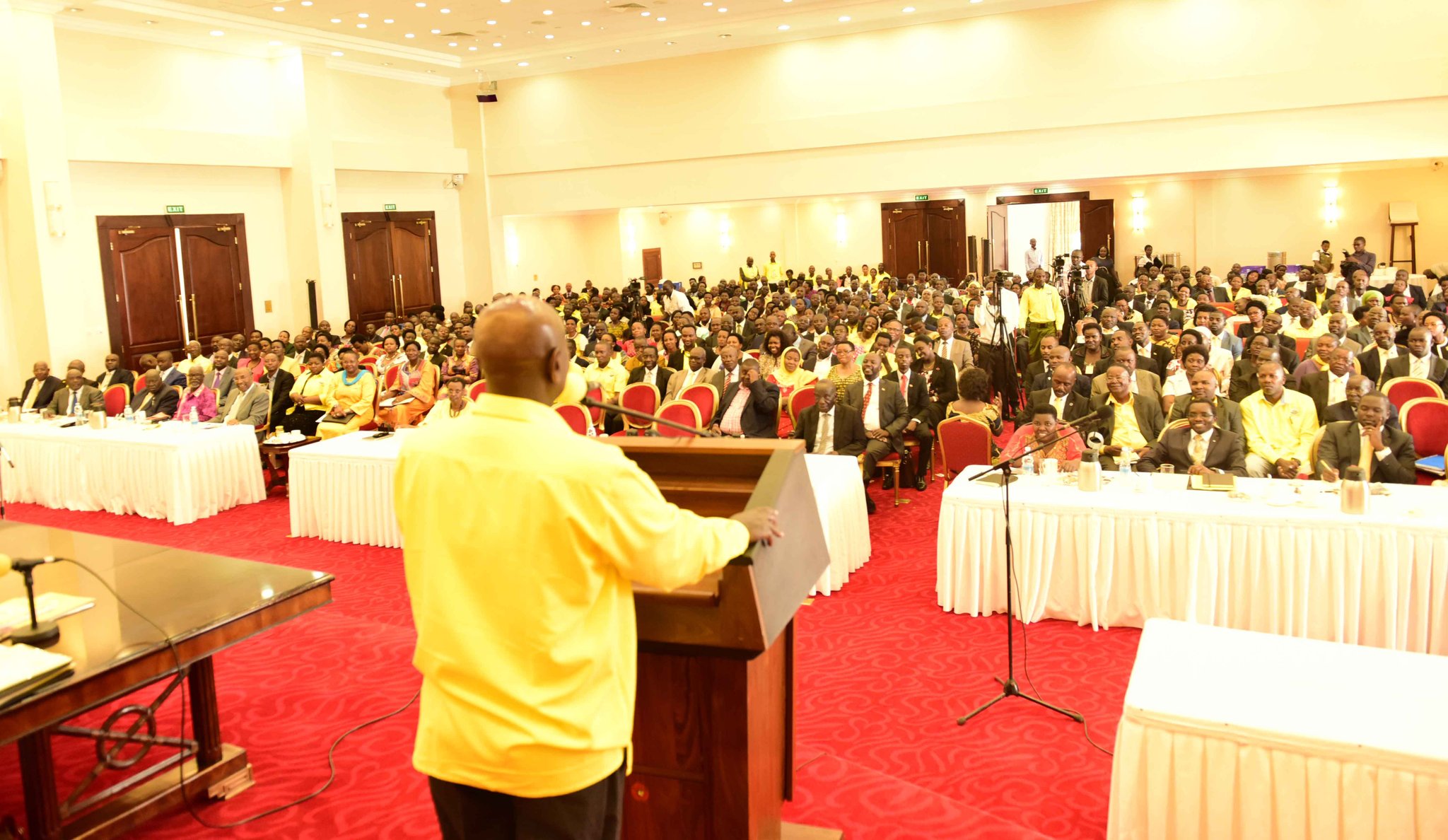 The caucus meeting, which was quickly convened was held at State House, Entebbe and lasted till the wee hours of Tuesday morning. The meeting was called following Museveni’s recent regional tours on wealth creation. During the tours, he interfaced with the local people where he found out, to his dismay, that the People Power movement had taken root in the countryside. The locals informed him that they were tired of the unfulfilled promises, corruption, nepotism and repressive laws that his government had advanced. They had therefore decided to join the people power movement so as to have a change.

A shocked Museveni then summoned a group of his trusted aides to chart a way forward. Their meeting was filled with reports of how people power had infiltrated NRM structures and taken away most of the youths who form their core mobilisation teams. The meeting thus decided to summon the NRM MPs so that they can be facilitated to counter the people power rise.

Our sources from the closed door NRM caucus meeting have intimated to us that an irritated Museveni questioned NRM MPs how they let people power take root in their constituencies. Museveni reportedly referred to Bobi Wine as a young boy and wondered how this young boy has managed to convince so many people with his message. NRM MPs responded with requests for facilitation to go down to the grassroots and mobilise against people power before it is too late.

Museveni reportedly agreed to find funds to facilitate the MPs and ensure that he deals with the people power rise before the election period. It is reported that Museveni is keen to avoid a repeat of the Arua scenario and he is willing to do anything to avoid another humiliation at the hands of Bobi Wine.

Soon, NRM MPs shall receive their funding, thought to be Shs. 300 million each, to ensure that they go to their constituencies and spread the NRM message.