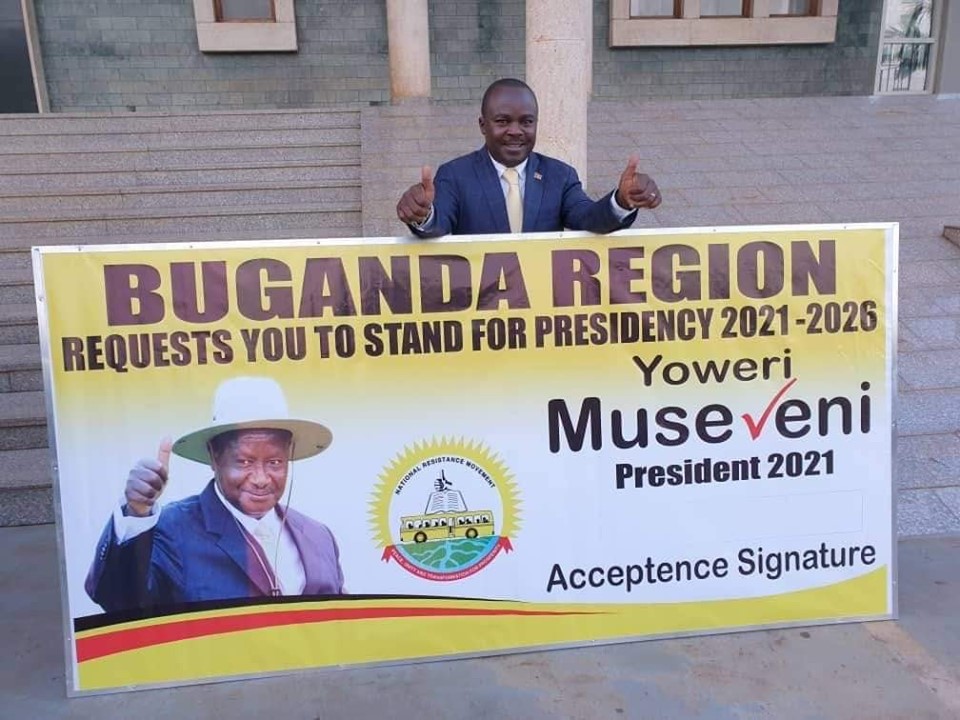 Kassanda South Member of Parliament Simeo Nsubuga is steadily lining himself up as the new puppet and NRM comic for Museveni in Buganda. He has recently taken to being the mouth-piece for everything and anything ridiculous to say in the name of praising the long serving ruler of Uganda.

This afternoon, the former Police man and now legislator appeared on the steps of Parliament behind a placard inscribed “BUGANDA REGION requests you to stand for Presidency 2021-2026”

We guess that the comedian Simeo will be the face of NRM in Buganda. Where he gets the mandate to speak for Buganda region is a matter for debate!