BOU in the spotlight again 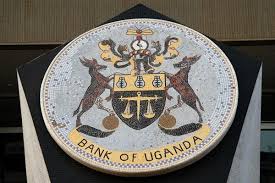 The Central Bank yesterday suffered a covert failure of its real-time gross settlements (RTGS) system, forcing the Governor to suspend processing for large payments for most of the day and institute an investigation into the incident.

There was panic to fix what BOU managers called “normal system hiccup” as BOU senior managers “fidgeted” with large cash transactions that needed urgent, safe, secure and real-time clearance. They tried to revert to manual processing for large payments but didn’t succeed.

The governor, Mr. Emmanuel Tumusiime-Mutebile, and his team were put  under pressure to explain the collapse of the Uganda National Interbank Settlement (UNIS) System, also known as, the RTGS prompting him to task the security team to investigate the IT team since the disruption affected both the incoming and outgoing RTGS flows.

According to authorities at the Uganda Bankers Association (UBA), RTGS are specialist fund transfer systems where transfer of money or securities takes place from one bank to another on a “real time” and on “gross” basis.