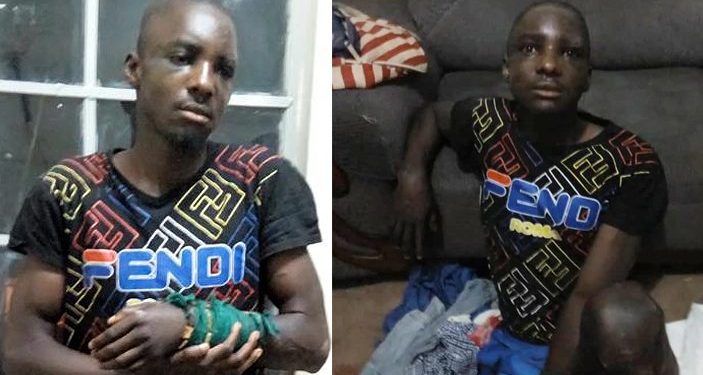 Young Mulo the second suspect who appeared in CCTV footage on June 30 brutally ending the life of Derrick Mulindwa a boda boda cyclist was on Friday arrested by the Police flying squad together with his sister who was shielding him.

Sources confirm that Young Mulo was arrested from Mpigi where he had fled to after allegedly escaping from his sick bed at Mulago Hospital where he had been admitted at Mulago after police rescued him from the mob on July 3 in Makindye.

The same co-accused John Bosco Mugisha who had earlier informed police that his crime partner Young Mulo had been killed by the mob after they were tracked down for robbing another motorbike in Mityana, helped the detectives to locate Mulo’s hideouts.

Police has also officially come out to confirm the arrest of the two serial killers adding that CCTV cameras cannot end crime unless the Public is involved to work with the Police.