Nsereko and Aganaga meet; here is another way to look at it… 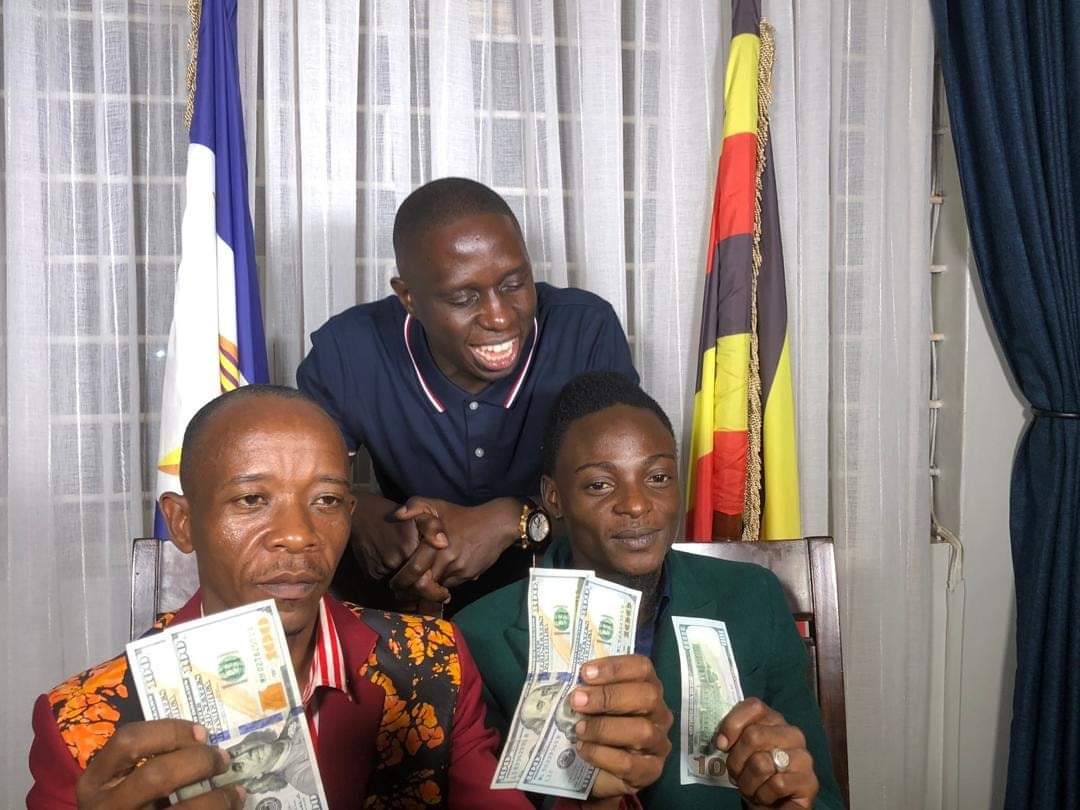 Merchant politician and Kampala Central MP Muhammad Nsereko is a man who never disappoints. He is well known for shifting political allegiance and jumping into political marriages for his own benefit and convenience. Nsereko over the weekend dished out cash in dollar bills to singers Kalifah Aganaga and Fresh Daddy, a father to Fresh Kid.

Muhammad Nsereko used his Facebook Live show to give out money to the Fresh family comprising of Fresh Kid and his parents Fresh Daddy and Fresh Mummy. Fresh Daddy received the money on their behalf and also his manager and promoter, Aganaga was presented as he also received cash from Nsereko.

Our sources say that this show of support was actually intended for Aganaga, real names Sadat Mukiibi. Aganaga wants to unseat Kato Lubwama from the Rubaga South constituency in the 2021 election. Nsereko was Kato Lubwama’s godfather in the last election and he has been providing him with support in form of cash and trips. However, after the recent debacle, when Kato clashed with People Power supporters and the fact that he is no longer popular with his constituents, Nsereko has moved on to the next project which is musician Aganaga.

Further reports state that Nsereko has been meeting Aganaga and his camp, and they have agreed on a work plan to see to it that they defeat Kato Lubwama. Nsereko has promised to fund Aganaga’s campaign. The main reason for choosing Aganaga is still unknown but it is reported that Nsereko wants to placate the people power camp since Aganaga is close to Bobi Wine.