Museveni and Buganda at loggerheads over the 2018 Coffee bill 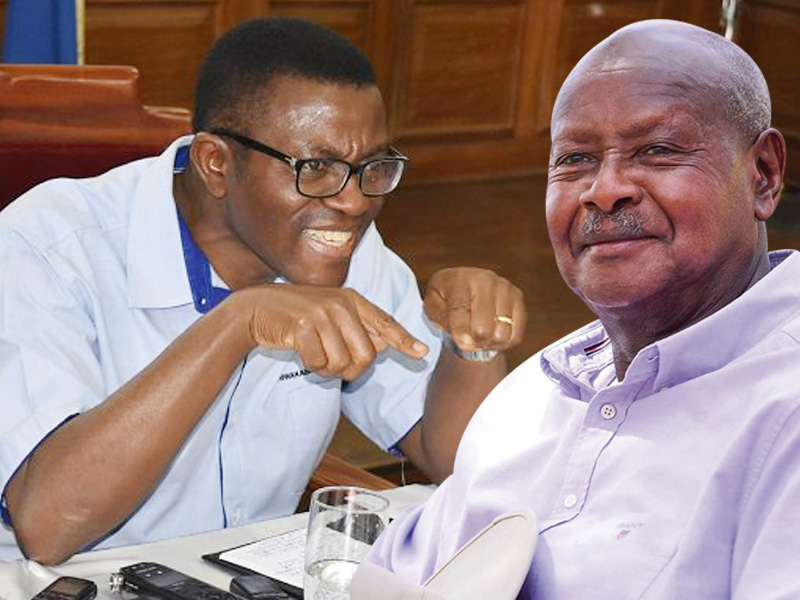 With the new Coffee bill coming up, Politicians and opinion leaders have criticized the Bill saying it is intended to restrict the growing of coffee in Uganda and Buganda being the leading coffee growers they decided to take it upon themselves to sensitize masses against this coffee bill.

However this did not go well with President Museveni who  while speaking to the Press insulted the Buganda Premier Charles Peter Mayiga  who he said should stop telling lies about the 2018 Coffee bill which Mengo criticizes saying that sections of the bill makes it mandatory to licence coffee farmers a move that will push away small players.

On National Television, Museveni said he had heard rumours that the Katikiro is telling lies about (licensing coffee farmers) which prompted him to send a message to somebody who can caution Mayiga that he should stop that nonsense emphasizing that is there is no licensing but rather what is happening is registering  and whose reason for registration is because of exporting.

The 2018 Coffee bill has since April caused a storm since it was first raised in Parliament with not only Mengo standing up against it but also some sections of farmers and agricultural researchers including those  from the National Agricultural Research Organization (NARO) and the National Coffee Research Institute rejecting clauses relating to coffee farmer registration.

The disputed Bill seeks to repeal the Uganda Coffee Development Authority Act, which mainly emphasizes off-farm activities of marketing and processing but leaves out on-farm activities such as planting materials, nursery beds, harvesting and post-harvest handling.

Re-emphasizing Mengo’s place in the disputed coffee bill, Katikiro Charles Peter Mayiga said the move would lead to a call by Ugandans to have cattle keepers registered. Mayiga said that Mengo deems it fit to work in agreement with the government on matters concerning coffee production since Coffee is the predominant crop for Buganda and was once mainly produced in Masaka region.