Kampala District Woman MP Nabilah Nagayi Sempala has broken the silence over the current discussion about the most influential voice in opposition. 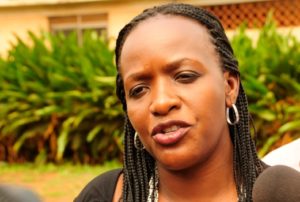 According to Nabilah, it is time for Bobi Wine and Kizza Besigye should accept and pass on the baton! She says that just as Besigye took over from other opposition figures, he must accept that his time is up and that now Bobi Wine is the current star behind whom all voices should unite.

Those that follow politics in Kampala ought to remember that in the last 2016 General elections, MP Nabilah was only able to beat Sharifah Lukwago due to Kizza Besigye’s backing. She was on the verge of losing the election and only appeared to return to the Besigye camp towards the end of the campaigns. 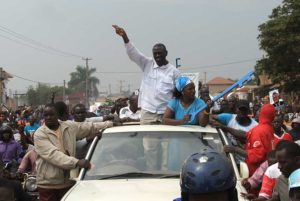 It therefore comes as shock to those in the Besigye camp to hear Nabillah dessert Besigye for Bobi Wine.

Nabilah says she feels Bobi Wine has the vibe and the pomp that can take on Museveni unlike Besigye who has competed in multiple elections.