Giving proposals on a Bill that affects Buganda is not illegal, says Katikiro Mayiga responds to Museveni 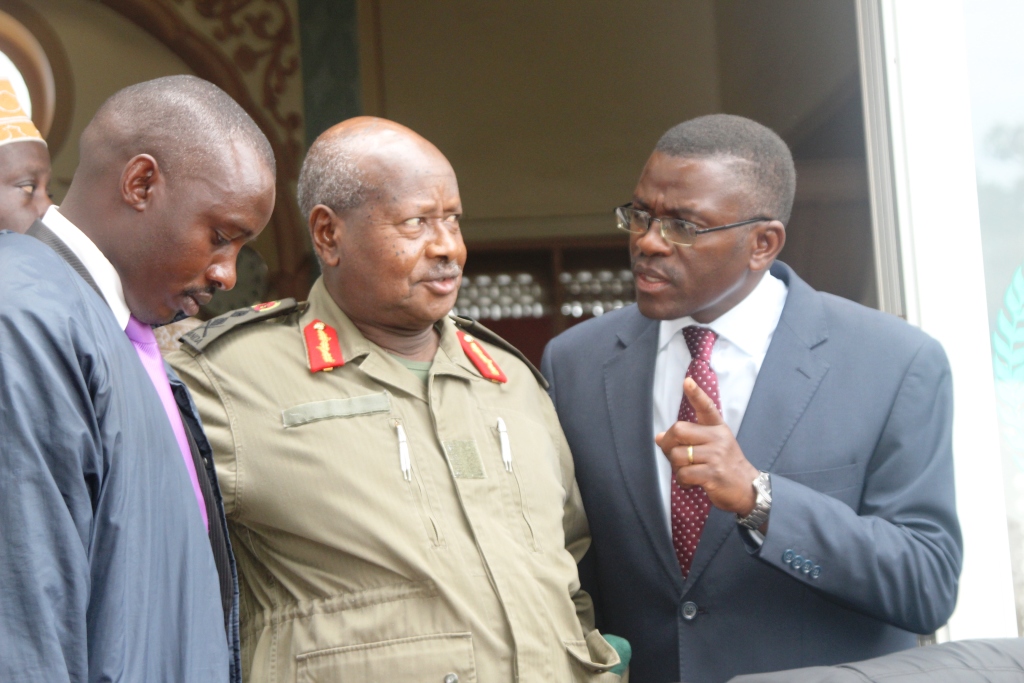 Charles Peter Mayiga the Katikiro of Buganda has responded to the President’s statement where he called him a liar over the disputed Coffee Bill. Mayiga said that it’s a standard procedure and legal method to give counter proposals against a Bill that is likely to affect the People of Buganda. He added that what Mengo said on the 2018 Coffee bill was in good faith.

Mayiga, who was on his tour of coffee farmers in Buwekula County, Mubende district noted that if government corrects the contentious clauses in the Bill, everything will be fine since it is aimed at fighting poverty and improving coffee production.

“If, say, a certain region produced low quality coffee, it will be easy for government to follow up on the producers there and the Bill will enable government to properly plan for the coffee sector. However, the same Bill has bad clauses, for example, Article 26 that requires all coffee farmers to be registered and article 56 (d) where negligent farmers will be imprisoned or fined,” he said.

He also suggested that instead of government burdening the Uganda Coffee Development Authority (UCDA) with testing and registering farmers, the task should be put to extension workers because it will be hard for UCDA to register and test the soils before farmers plant coffee.

Mayiga’s speech to the Buwekula county farmers was a direct response to President Museveni who recently said Mayiga was telling lies to Ugandans about the Bill.