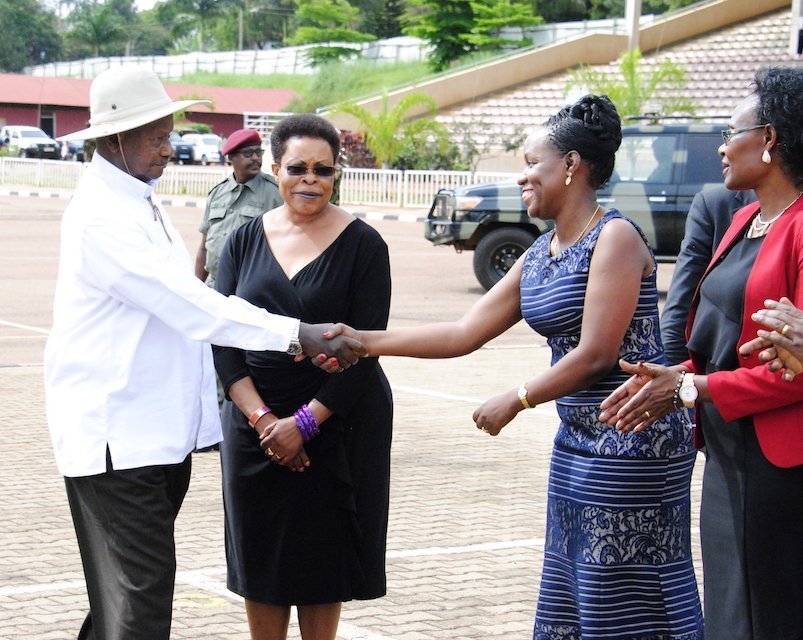 Minister Nakiwala Kiyingi, a registered member of the Democratic Party has defected and crossed to the ruling party of the National Resistance Movement (NRM)

This was revealed Tuesday by presidential press secretary Lindah Nabusayi.

According to Presidential Press Secretary Nabusayi, Nakiwala who is also the Minister for Youth Affairs officially crossed from DP to NRM during President Museveni’s wealth creation tour at St. Henry’s Kitovu grounds during a leaders’ meeting.

Nakiwala was last seen in the news when she was fighting battles with 5 year old  young rapper Patrick Ssenyonjo aka Fresh kid threatening to arrest him for skipping school and singing in bars.

Nakiwala who had taken a sabbatical leave from social media after the Fresh kid saga is back with a bang for having publicly joined NRM.

Florence Nakiwala was appointed the Minister of State for Youth and Children Affairs on 6 June 2016 after she tried contesting for the Kampala Women Representative seat and lost to incumbent Nabilah Nagayi Ssempala of the Forum for Democratic change.