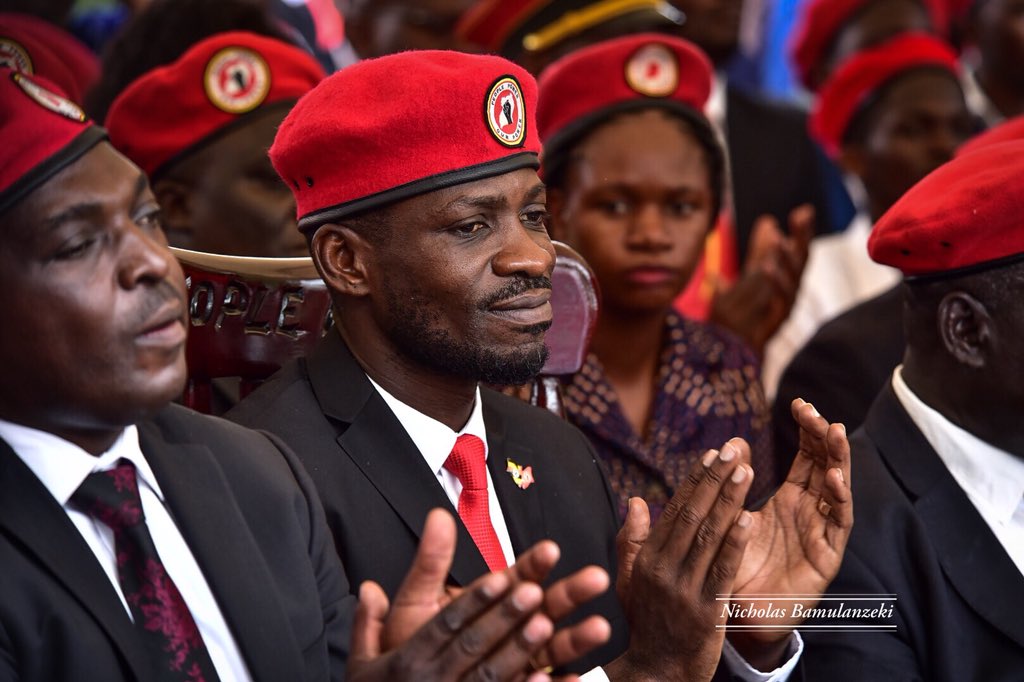 Yesterday at the People Power unveiling ceremony of the national coordination team that took place in Magere at Bobi’s residence, the People Power movement spokesperson Joel Ssenyonyi revealed that the ‘cabinet’ being unveiled is not for formality but a big step to prepare for change ahead of 2021.

Ssenyonyi assured the gathering that a similar team will be in State house come 2021 when Bobi wine becomes Uganda’s tenth president after the downfall of President Museveni’s 35 year rule.

Ssenyonyi asserted that what has seen People Power excel day by day regardless of all the restrictions by government is the fact People is a flexible platform grants opportunity to all leaders irrespective of political party affliation, religion, since they all look forward to a better country.

In attendance were Members from almost all political parties of Uganda such as National Resistance Movement (NRM), Democratic Party, Forum for Democratic Change (FDC), JEEMA, Alliance for National Transformation (ANT) and UPC

“We have leaders here from the NRM and some are in Parliament but they are here because we all want a better country. We also have members from DP, FDC, Jeema and so many others,” he said.

However Ssenyonyi warned all the newly unveiled leaders on turning against the people’s outcries saying, “To all the leaders we are going to unveil, if you go off track, Ugandans will hate you as much as they have loved you because Ugandans love people power.