Did Museveni just buy the silence of the Catholic church with shs. 2.3bn? 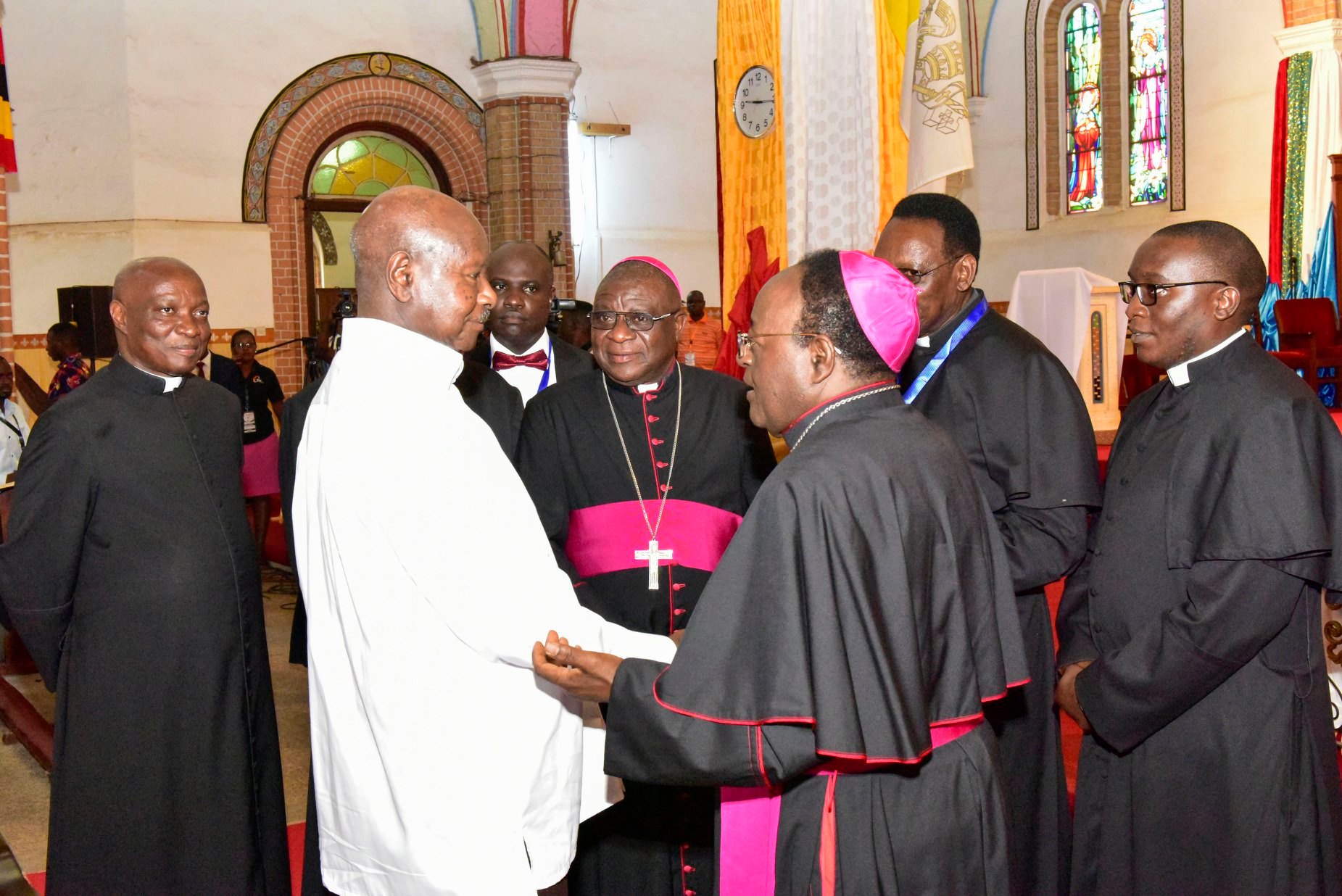 News reaching us is that President Yoweri Kaguta Museveni donated €75,000 (shs 305m) to dress catholic bishops who attended the just concluded Symposium of Episcopal Conferences of Africa and Madagascar (SECAM) at Lubaga Cathedral in Kampala.

Bishops hailing from many African countries were celebrating the Golden Jubilee of (SECAM) were in attendance.

The celebrations which occurred Sunday attracted over 400 Bishops running under the theme ‘Church, Family of God in Africa: Celebrate Your Jubilee! Proclaim, Meet and Welcome Jesus Christ Your Saviour.’

Ekyooto understands that the celebrations could have flopped due to lack of money. Museveni therefore had the clergy where he wanted it; needy and desperate for bailout.

The President swung in, in his usual saviour style and donated shs 305 million for the Bishops’ vestments (wear) and also contributed shs 2 billion for their accommodation.

A source in the catholic church is quoted saying, “if it wasn’t the President we would have failed to organize this costly event.”

Adding that, “he gave us shs 2bn for accommodation & €75,000 Euros for vestments. I think all of u saw how smart the clerics were. The catholic fraternity really appreciates.”

In his remarks to the congregation, President Museveni observed that the prelates’ presence in Uganda marks it as the country of blessings. “All these bishops present here have brought blessings to Uganda. They all belong to Africa,” he said.

Kampala Archdiocesan Bishop, Cyprian Kizito Lwanga, thanked President Museveni and the Government of Uganda for the good working relationship with the Catholic Church and for the support in the organization and hosting the 18th Plenary Assembly and Golden Jubilee of SECAM celebrations, which he noted, is an honour for Uganda. He stressed the need for the people of Africa to offer to be missionaries to each other.

When the dust settles, there is no doubt that Yoweri Museveni who never gives without expecting something in return, will hold the catholic church hostage now that they owe him a favour. With the 2021, elections around the corner, the Catholic church which is powerful and has a large following in Uganda usually influences elections. Museveni must be counting on such monies to keep the church in his corner.