Government tables Electoral reforms to clamp in on movements such as the People Power Movement. 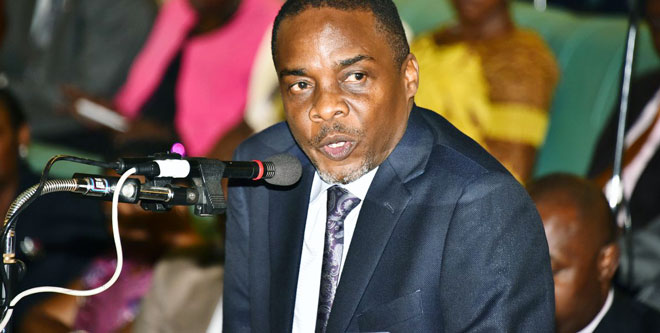 Government through the Attorney General, Hon. William Byaruhanga today presented the bills on electoral reforms before Parliament. Byaruhanga who made a statement to the House on Tuesday, 14 May 2019 said that, ‘the draft bills have been prepared for submission to Cabinet for approval before being introduced in Parliament by the end of May 2019 for debate and enactment’ appeared in Parliament hours towards end of the 25th July 2019 deadline that had been issued to him earlier.

The Bills constitute amendments arising out of the Supreme Court recommendations in Constitutional Petition No.1 of 2016, the European Union Election Observation Mission Report of the Uganda Presidential, Parliamentary and Local Council Elections 18th February 2016, consequential amendments from the Constitution (Amendment) Act, 2018, and proposed amendments submitted to the Ministry of Justice and Constitutional Affairs by the Electoral Commission.

However the suggested electoral reforms are aimed at targeting sections of opposition politicians such as the independents ahead of the heated Political season come 2021.

Some of the Electoral reforms tabled by the AG William Byaruhanga include;

As we await Parliament to discuss and pass the newly tabled Electoral reforms,  many of these reforms are aimed at deterring Independent Politicians such as Robert Kyagulanyi and his People Power movement from  mobilizing politicians affiliated to various parties to join the struggle to oust President Museveni.