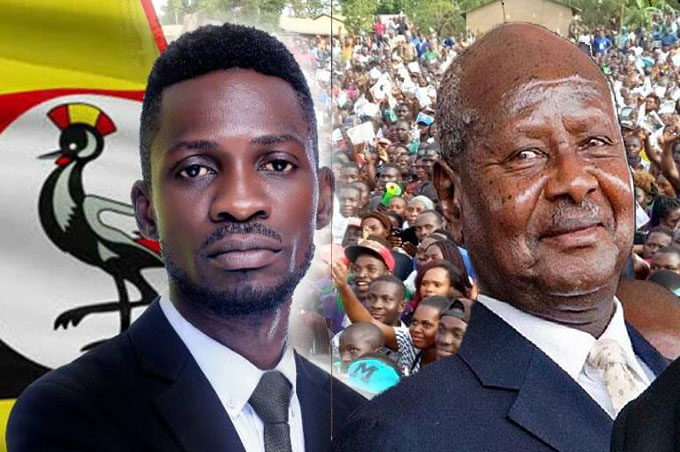 The ruling National Resistance Movement (NRM) party says they not shaken by the new People Power movement coordination team but in real sense they are already panicking because of their comments on social media.

Yesterday was a land mark day for the People Power team, Robert Kyagulanyi Ssentamu aka Bobi wine the Kyadondo East Legislator and Principal of the People Power Movement unveiled a coordination that will coordinate all People Power activities across the Country ahead of the 2021 general elections.

When one of our sources contacted NRM spokesperson Rogers Mulindwa for a comment on the same, he said that the ruling party was not  shaken by these developments noting that NRM remains strong with or without MPs.

“We are not shaken. It’s better they walk away than when they stay with us and they don’t work with the common position of the party,” Mulindwa said.

Mulindwa noted that the NRM Members of Parliament that joined the People Power Camp were always regarded as rebel MPs since they do not believe in what others believe in before he declared that they will not be missed and efforts to replace them are already underway.

“They have always gone against the position of the party but the good is that they don’t go with the voters. The people that voted them own them and these people are NRM. Their constituencies are commanded by the NRM majority.

“I want to assure the nation that the search to replace them has started because 2021 is not very far. There are equally good people waiting to replace them. We shall not leave any elective position without a candidate of NRM,” said Mulindwa