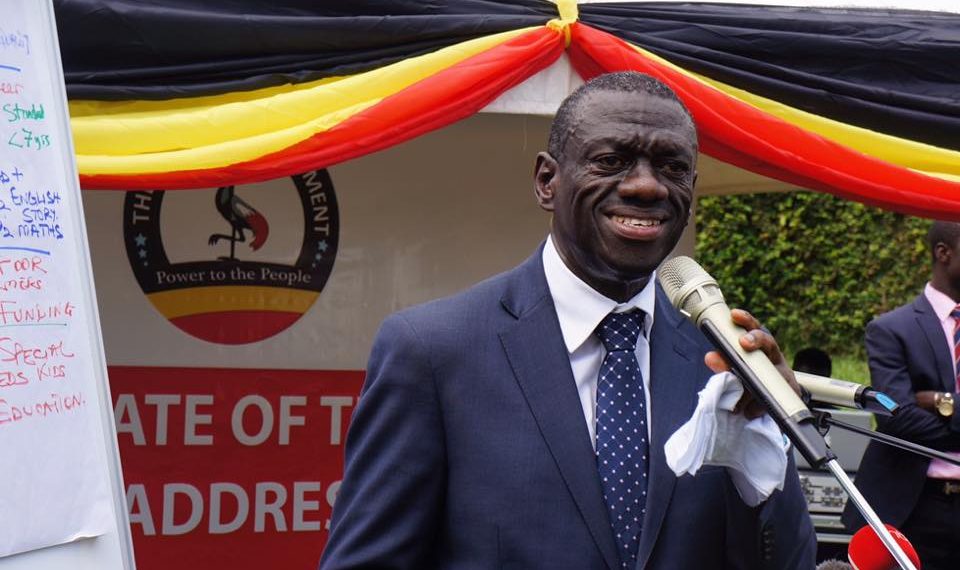 Dr. Kizza Besigye has opened the door for possible talks with the NRM  for a peaceful transition of Power hours after  Kyadondo East Legislator Robert Kyagulanyi had unveiled the People Power coordination team.

Besigye while speaking at what he called the People’s government assembly was quoted saying that the bitter end where they must be pushed out (can be avoided) if they whisper to us and say, can we see how this transition happens. We can talk to them, but what we don’t believe in is dialogue.

After the 2016 Presidential elections, Besigye  was sworn in at a secret location declaring him the People’s president  and yesterday afternoon he declared his Kasangati based home the People’s state house in what was dubbed as the  Presidential Address on the State of the People.

However, the deputy spokesperson, Col Shaban Bantariza dismissed the call for formation of a transition government saying that the conditions in Uganda do not warrant such a development.

“A transitional government can only emerge if a country is emerging from a war or where a government has been toppled such as what is going on in the Sudan. Ours is an elected government with a mandate,” he said

Bantariza argued that engaging in such talks would also amount to betrayal of the people who elected the NRM into power and a breach of the Constitution.