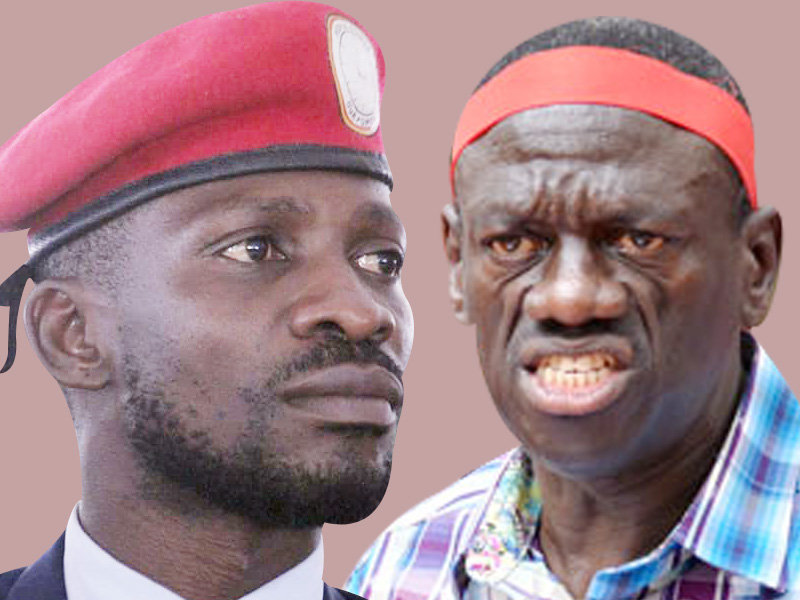 Hon. Ssentamu Kyagulanyi aka Bobi Wine has been sued for establishing and running an unregistered political organisation. A one Ntare Adens Rutaro, has dragged Bobi Wine to the constitutional court for running the People Power movement.

Also sued alongside Bobi Wine are, Dr. Kizza Besigye, Joel Ssenyonyi and the Attorney General. Bobi Wine and Joel Ssenyonyi are sued for establishing and running the People Power movement while Kizza Besigye is sued for establishing the People’s Government. The Attorney General has been sued for failing to halt the activities of People Power and People’s Government. 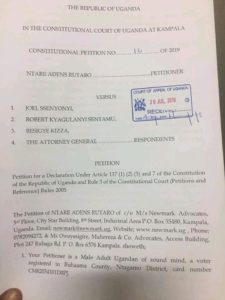 Mr. Ntare Rutaro, through his lawyers of Newmark Advocates, contends that the two organisations are mobilising political activities and recruiting members with a view of influencing political process, sponsoring a political agenda and offering a platform to candidates for election to political offices. He adds that the above duties are a reserve of duly registered political parties and organisations as stipulated under Article 72 of the Constitution. He therefore wants the Constitutional Court to declare the activities of People Power and People’s Government illegal and unlawful.

This development comes just two days after Bobi Wine officially declared intentions to run for president in the 2021 elections and also announced a nationwide mobilisation team of People Power representatives, something that hasn’t sat well with the NRM establishment.

The Constitutional Court has given Bobi Wine and his co-accused 10 days to file a response, otherwise, the petition will be heard in their absence.